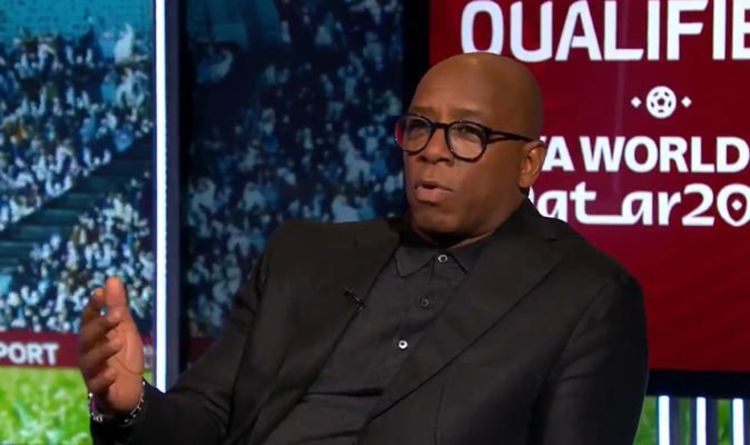 Ian Wright has singled out the four young stars that England manager Gareth Southgate can call on as the country steams towards the 2022 Qatar World Cup. The Three Lions have an enviable group of youthful talent at their disposal, although they have not turned those resources into international silverware just yet.

Southgate fielded a number of fringe players against Andorra on Saturday, giving them a rare opportunity to impress.

Coming up against the FIFA No 156 ranked nation was not deemed to require the big guns by Southgate as England edge closer to World Cup qualification.

A number of more experienced stars like Harry Kane and Harry Maguire are sure to play prominent roles if they do get to the tournament, but Wright spoke glowingly of a younger quartet before the game.

“[Phil] Foden, [Jude] Bellingham, hopefully [Jadon] Sancho, hopefully Tammy Abraham can make a claim and stay in and do what he’s started at Roma,” he told ITV when asked about England’s leading lights.

While Bellingham was left out of the most recent Three Lions squad, supposedly due to his young age requiring additional rest, the other three named by Wright got a run-out against Andorra.

It was a particularly big call for Abraham who has only just come back into the England fold after a lengthy absence while sitting out in the cold at Chelsea.

Sancho’s potential is common knowledge due to his time at Borussia Dortmund, although he is yet to show that kind of form since making the summer switch to Manchester United.

Foden, meanwhile, sat out the start of the campaign after sustaining an injury before the Euro 2020 final, but he has made a dramatic impact for Manchester City since joining the action.

Claiming that Foden could be one of the best players England have ever produced is high praise indeed from Wright, who notched nine international goals of his own.

His talent was on full display against Liverpool during a tense affair at Anfield, taking the game by the scruff of the neck at times and getting on the scoresheet.

Others such as Mason Greenwood and Bukayo Saka may feel aggrieved that Wright did not mention them, but one thing is for sure, England have a strong core group of youngsters who should stand the nation in good stead for years to come.