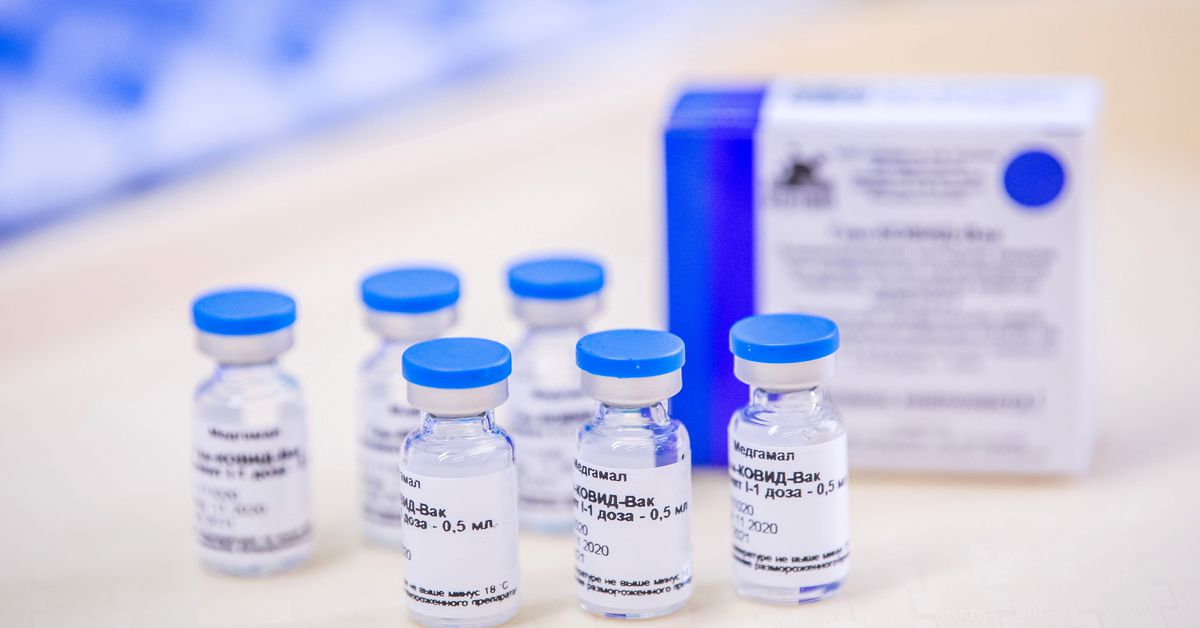 Vials of the Sputnik V (Gam-COVID-Vac) vaccine are seen at the Del-Pest Central Hospital in Budapest, Hungary, February 12, 2021. Zoltan Balogh/MTI/MTVA/Pool via REUTERS

This would be the first concrete step towards making the vaccine in the European Union, even though it is not yet approved in the bloc. The Sputnik V vaccine, widely used in Russia and approved for use in more than 70 countries, is still undergoing a review by the World Health Organization (WHO) and the European Medicines Agency.

“There is a huge demand for the Russian vaccine around the world, thus Hungary has an economic interest in taking part in the production,” Szijjarto said, adding that Hungary and Russia had signed a “political agreement” about producing Sputnik in Hungary.

Hungary has widely used China’s Sinopharm vaccine and also Sputnik during its mass vaccination campaign last year — along with western made COVID shots — although neither has been granted approval for emergency use by the bloc.

Without EMA approval, it is harder for Russians – and hundreds of thousands of Hungarians vaccinated with Sputnik – to travel throughout the EU.

The WHO said on Wednesday that the Emergency Use Listing process for Russia’s Sputnik-V COVID-19 vaccine was on hold pending some missing data and legal procedures, which the U.N. body hopes will be “sorted out quite soon”. read more

It is still unclear when the European Medicines Agency will approve Sputnik. read more