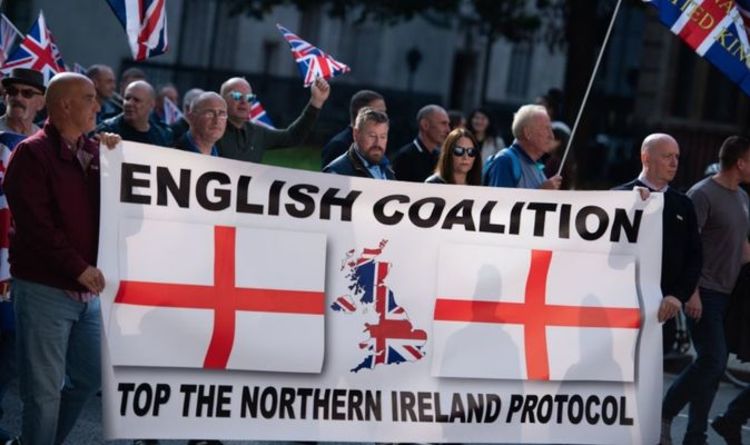 The Northern Ireland protocol has been one of the most controversial aspects of the Brexit deal.

The protocol was designed to prevent a land border from forming between the Republic of Ireland and Northern Ireland.

The current post-Brexit deal means that Northern Ireland has a different status to England, Scotland and Wales when it comes to trade with the EU.

Northern Ireland has effectively remained inside the EU’s customs territory and the Single Market for products.

On Wednesday the EU will put forward a formal response to the UK’s proposal.

The UK effectively proposed that the EU should trust British checks to ensure restricted goods won’t make their way into the EU through the Republic of Ireland.

But the EU doesn’t think these assurances will be sufficient, and have warned Government officials not to expect a significant renegotiation of the current protocol.

The UK wants Brussels to compromise on controversial issues, such as the EU’s application of state aid rules in Northern Ireland.

As well as the influence the European Court of Justice has in the region when it comes to EU law.

The UK has threatened to suspend parts of the protocol before Christmas if a compromise cannot be reached.

The Government could do this through Article 16, which can be invoked by either side if they believed the protocol has lead to “economic, societal or environmental difficulties”.

If the article is triggered, the EU would be allowed to take “rebalancing” steps in response.

This would create a huge stress test for the EU’s unity – while some leaders are likely to push for severe “rebalancing measures”, others will be keen to avoid a “trade war” with the UK.

An EU-wide response to the triggering of Article 16 would have to be agreed upon.

But many members will be reluctant to impose tariffs that could impact their own economies.

Raoul Ruparel, a former Brexit adviser to former PM Theresa May, said: “Exactly what retaliation is taken, how quickly it happens, and how hard it bites will be a test for the EU’s unity.”