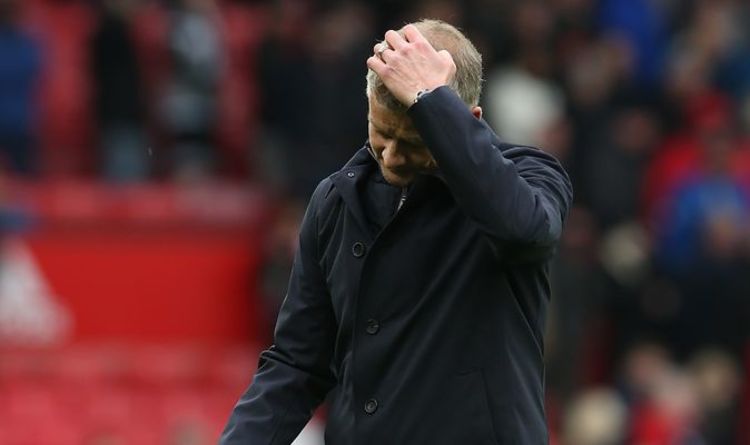 Newcastle United’s takeover has meant that the Magpies have been linked with most world-class talents, fringe players, and exciting prospects in Europe, and Manchester United’s are no exception.

The Tyneside club were sold by Mike Ashley last week to a Saudi-led consortium, which now means they are the richest club in Europe by a healthy margin.

The group, Saudi Arabia’s Public Interest Fund (PIF), are estimated to be worth £320billion, which is £100bn more than Paris Saint-Germain’s Qatari owners.

With the intention of becoming a top club, the new owners are expected to spend big in the next few years, and several of United’s players have been linked with a switch to St James’ Park.

Here are the five players that United boss Ole Gunnar Solskjaer could be expecting a bid from Newcastle for based on reports, and how he may feel about parting ways with them:

Rumours have circulated about the prospect of Jesse Lingard leaving Old Trafford for the last 12 months, but the interest from Newcastle, according to The Telegraph, may come at a perfect time for the Englishman.

Lingard has fallen down the pecking order under Solskjaer despite being kept at the club with the promise of regular game time.

The 28-year-old has featured three times in the Premier League this season and scored two goals, however, he has played just 48 minutes of football.

The academy product’s contract expires next summer and there has been no confirmation as to whether he has penned a new deal or not.

Solskjaer may want to keep Lingard as he provides versatile depth, but the decision truly lies with the player and if he doesn’t intend on staying past 2022 then the Norwegian manager may be better of cashing in on him in January.

United’s midfield has been at the heart of their troubles for several seasons now, but it is still an unsolved issue.

Over the summer there were several rumours that Solskjaer was keen on signing several different players to play in his double pivot, but none came to life.

Nemanja Matic, valued at £7.2million by transfermarkt, is a rotational option for Solskjaer but does not look likely to ever become a crucial squad player again.

If Newcastle come with a fair offer for the 33-year-old with the promise of starting regularly then it is hardly likely that the former Chelsea player would be reluctant to leave the Theatre of Dreams, and if Solskjaer is looking at signing a midfielder soon then he may not stand in the way of a deal either.

The interest from Newcastle could not come at a worse time for Eric Bailly.

After signing a contract extension earlier this year, the Ivorian defender told The Times: “I don’t want to be a starter one game and a substitute for another five. If that happens I will have to look for another solution. The new contract is fine but if I don’t play I will be open to listen to other proposals.”

Bailly has not played a minute of Premier League football this season and the prospect of being part of the project at Tyneside will be very attractive to him, however, injuries to Harry Maguire and Raphael Varane recently could highlight his importance.

Solskjaer will be relying on the 27-year-old to step up in the next few matches if he is brought into the frame, and if he impresses then he may not be allowed to leave.

Since arriving from Ajax last year in a deal worth approximately £35m, Donny van de Beek has struggled to make an impact at United.

He has played six minutes of league football so far this campaign and many fans believe the Dutchman deserves better than being a benchwarmer.

Van de Beek showed plenty of promise in his time in the Eredivisie but has not been given the chance to reach his potential in Manchester, which could lead him to force a transfer sooner rather than later.

The chance to be a marquee signing at a club on the up would give the 24-year-old a much-needed confidence boost and if the interest from the Magpies, reported by Corriere Torino, is concrete then Solskjaer may not notice he has left given how scarcely the player appears.