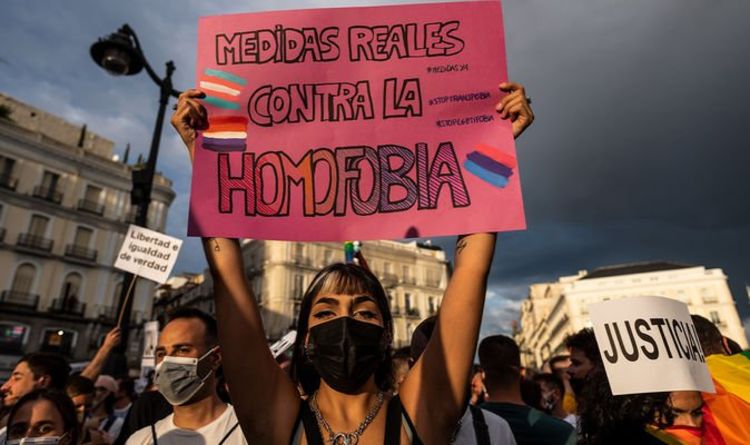 Alba Aragón, 19, went on her first ever gynaecologist appointment, in the city of Murcia, over a menstrual condition. It had all gone well until she got home and read through her diagnosis, which included a line saying “Current illness: homosexual”.

Speaking in a video broadcast on Antena 3, she explained: “I told the doctor that I am homosexual because I thought the information might be relevant.”

Alba, who is the goalkeeper of her local football team, the CAP Ciudad de Murcia, can’t believe “such things” happen within the national health system. It is worth noting she visited a doctor at a public hospital.

“It has been a long time since homosexuality isn’t considered a disease anymore,” the youngster stresses.

Juan José Pedreño, Murcia’s Health Minister, labelled the incident a mistake, saying the doctor placed the information regarding Alba’s sexuality in the wrong spot within the report. He said the report had already been updated and an apology had been issued.

Alba and her mother brought the matter to the attention of the local LGBT collective Galactyco, who, addressing Alba’s incident, released a statement saying: “The World Health Organization removed homosexuality from the list of mental illnesses in 1990.

“Yet, 31 years on, there are still some professionals in Murcia’s health service who view sexual orientation as an illness.”

Worst of all, Galactyco claimed Alba’s not be an isolated case: “Our association has received countless reports of degrading treatment because of sexual or gender orientation.

The doctor, Eugenio López, told Spanish newspaper El Español: “It was a mistake: I am a human being.

“I hit the wrong button and well, I’m annoyed now by all the calls I’m receiving from the media.”

When asked about his approach towards sexual orientations different to heterosexuality, he said: “I insist, homosexuality is not a disease.

“Oh my God! Absolutely not.

“It was a transcription error in the medical record.”

A spokesperson from Murcia’s regional health service promised that “all necessary measures would be taken to properly establish the facts and to proceed accordingly”.

In England and Wales, it has been recognised and performed since March 2014; in Scotland since December 2014, and in Northern Ireland since January 2020.

Meanwhile, homosexuality is still criminalized in more than 70 countries, with people experiencing violence and persecution because of their sexual orientation or gender identity.