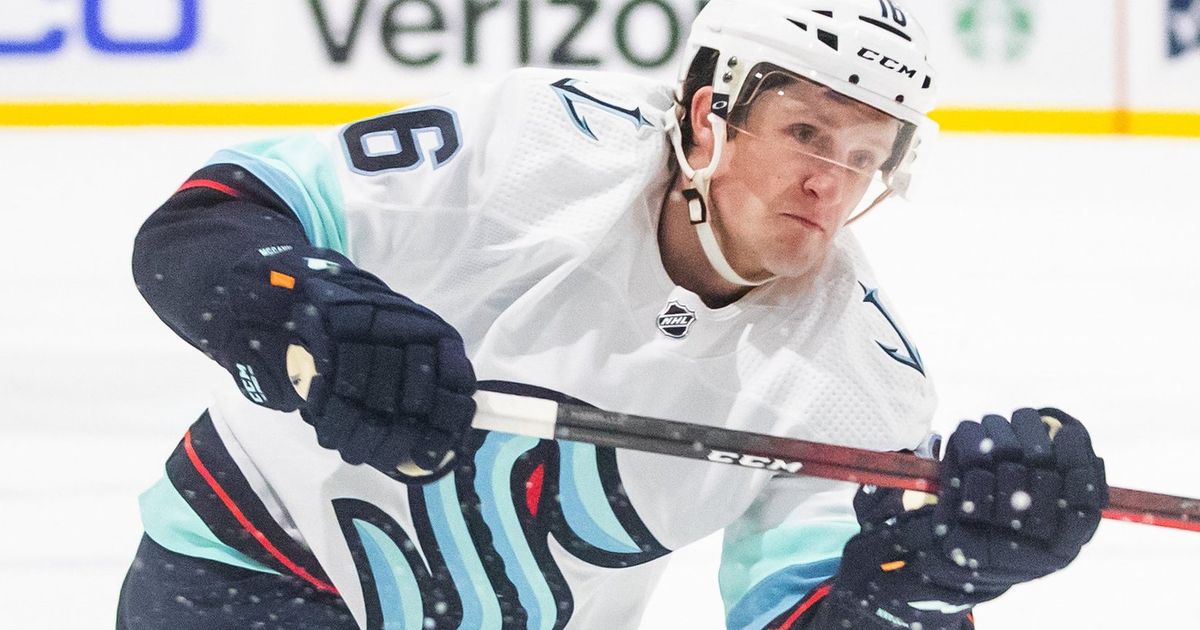 The Seattle Kraken could be down five players when it opens its season in Las Vegas on Tuesday night.

That leaves the roster with more question marks ahead of Tuesday’s regular-season opener against the Vegas Golden Knights.

“We’ve already started working towards that plan,” Kraken coach Dave Hakstol after Monday’s practice at the Kraken Community IcePlex. “Things happen quickly and sometimes at inopportune times. There’s different challenges that you go throughout the course of the season. This is one of them for us early on.”

More on the COVID-19 pandemic

Seattle claimed Lightning forward Alex Barre-Boulet from the Lightning on Monday morning, and Hakstol said he could be available for Tuesday’s game.

They’ll have quite a lot of other spots to fill if none of those players is available. Oleksiak is the only defenseman in the protocol, and the Kraken has several defensemen who could jump in — including Jeremy Lauzon, Dennis Cholowski and Will Borgen — depending on the finalized roster that will be released Monday.

At forward it gets more complicated; Yanni Gourde, who has been practicing in full, is considered day to day because of shoulder surgery but won’t play at Vegas. If he had been available, that would have filled at least one forward — and center — spot. Kole Lind, who was waived last week, was at practice Friday after Jarnkrok entered the protocol, so he might be an option.

Nathan Bastian was fighting for a final forward spot and seems likely to get into the opening lineup with four forwards missing. No other players from the AHL or training-camp cuts were on the ice Monday, giving the Kraken a short group to work with.

McCann had primarily centered the top line with Jordan Eberle and Jaden Schwartz throughout camp, and the only other center they worked with was Gourde.

“We have some decisions to make as we go through the day, and we’ll do that,” Hakstol said. “We’ll be ready to go and ready to play as we get into Vegas (Monday night) and ready tomorrow.”

Players enter COVID-19 protocol in the NHL if they exhibit symptoms, test positive or could be a close contact. Jarnkrok has been in protocol since Friday, but the other four all practiced Sunday afternoon.

The final roster is due at 2 p.m. PT Monday.

This story will be updated.