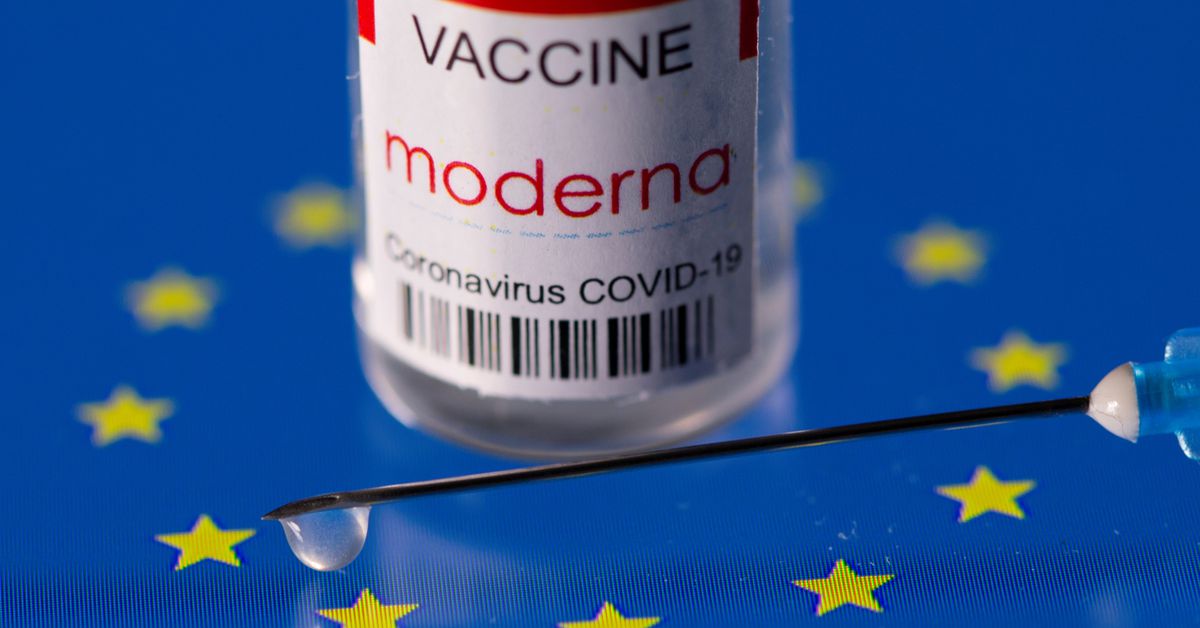 HELSINKI, Oct 7 (Reuters) – Finland on Thursday paused the use of Moderna’s (MRNA.O) COVID-19 vaccine for younger males due to reports of a rare cardiovascular side effect, joining Sweden and Denmark in limiting its use.

Mika Salminen, director of the Finnish health institute, said Finland would instead give Pfizer’s vaccine to men born in 1991 and later. Finland offers shots to people aged 12 and over.

“A Nordic study involving Finland, Sweden, Norway and Denmark found that men under the age of 30 who received Moderna Spikevax had a slightly higher risk than others of developing myocarditis,” he said.

Swedish and Danish health officials had announced on Wednesday they would pause the use of the Moderna vaccine for all young adults and children, citing the same unpublished study.

Norwegian health officials reiterated on Wednesday that they recommended men under the age of 30 opt for Pfizer’s vaccine.

The Finnish institute said the Nordic study would be published within a couple of weeks and preliminary data had been sent to the European Medicines Agency (EMA) for further assessment.

The EMA’s safety committee concluded in July that such inflammatory heart conditions could occur in very rare cases following vaccination with Spikevax or the Pfizer/BioNTech Comirnaty jab, more often in younger men after the second dose.

Regulators in the United States, EU and the World Health Organization have however stressed that the benefits of shots based on the mRNA technology used by Moderna and Pfizer-BioNTech in preventing COVID-19 continue to outweigh the risks.

A Moderna spokesperson said late on Wednesday it was aware of the decisions by the Swedish and Danish regulators.

“These are typically mild cases and individuals tend to recover within a short time following standard treatment and rest. The risk of myocarditis is substantially increased for those who contract COVID-19, and vaccination is the best way to protect against this.”

“We have to trust international authorities, starting with EMA which is our reference agency and has expressed very clear judgments on the matter,” he said.

Reporting by Essi Lehto in Helsinki and Emilio Parodi in Milan; Editing by Alex Richardson and Alison Williams