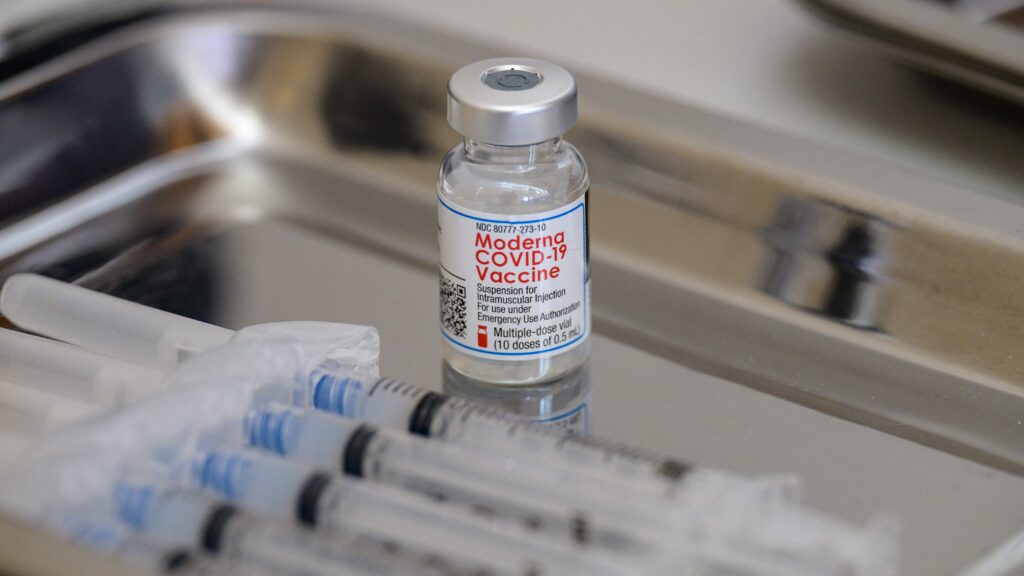 Food and Drug Administration scientists did not take a clear position as to whether the agency should authorize booster doses of the Moderna Covid-19 vaccine in documents released Tuesday.

Posted ahead of a two-day meeting convened by the FDA on booster shots of both the Moderna and Johnson & Johnson vaccines, the documents laid out the case for authorizing Moderna’s proposed booster — a half dose of the existing vaccine — but also noted that data so far make it unclear that the third dose is needed.

“Some real world effectiveness studies have suggested declining efficacy of Moderna COVID-19 Vaccine over time against symptomatic infection or against the Delta variant, while others have not,” FDA scientists wrote in a briefing document. However, they wrote, current data suggest that Covid vaccines that are available in the U.S. still protect against severe Covid-19 disease and death.

At the meeting, an expert panel will discuss and vote on both companies’ booster plans. Such recommendations are used by the FDA to help make decisions, but are not binding.

The meeting appears unlikely to be a repeat of the similar panel held last month to decide whether to authorize booster shots of the Covid-19 vaccine developed by Pfizer and BioNTech. At that time, the advisory committee said that it was uncomfortable recommending boosters for anyone over 16, as the companies had suggested, in part because of the lack of evidence they were necessary and because of the potential risk of myocarditis and pericarditis, heart inflammation that, though rare, may be a result of the vaccine, particularly in younger men.

But the panel is now being asked to recommend the same authorization for Moderna’s booster as it had for Pfizer’s, and the two vaccines are similar. Pfizer’s booster is authorized for individuals 65 years of age and older; those 18 and older at high risk of severe Covid-19; and those whose frequent institutional or occupational exposure puts them at high risk of serious complications of Covid-19. This last group could include health care workers but also grocery store clerks and prison guards.

Still, discussions of the risk of myocarditis could prove important. The FDA’s documents note that most cases of the condition got better on their own, and that it seems to occur mostly in younger men. In analyses of insurance claims data conducted by the FDA, the number of cases in men aged 18 to 25 years ranged from 72.4 per 1 million vaccinated to 283.7 per million. “It is currently not known if there will be an increased risk of myocarditis/pericarditis or other adverse reactions after a booster dose of the Moderna COVID-19 Vaccine,” the FDA researchers wrote.

The committee is also set to take up the matter of whether observational data clearly show the efficacy of the vaccine waning. Panelists could question the use of half the standard vaccine dose (50 micrograms instead of 100) for the booster. In documents submitted to the FDA, Moderna said that both doses resulted in 66-fold increases in antibody levels, but that the lower dose seemed less likely to result in common side effects.

The FDA has not made available its briefing document on the Johnson & Johnson vaccine. In the company’s documents, J&J argued that a second dose of its one-dose vaccine has been shown to increase antibody titers when given either two months after the first dose or six months after the first dose. The two-month regimen was shown to prevent severe Covid-19 in a large clinical trial, but the six-month regimen may provide a bigger boost in antibody titers.

One of the most interesting topics for the meeting comes at the end of day two: the discussion of a National Institutes of Health study that examines what happens when people get a booster dose of a different vaccine than the one they originally received. Allowing such mix-and-match boosters could make it much simpler to give people the shots in the future. It would also open the Covid-19 vaccine market up to many more players, instead of giving Pfizer and Moderna an effective lock on the market.