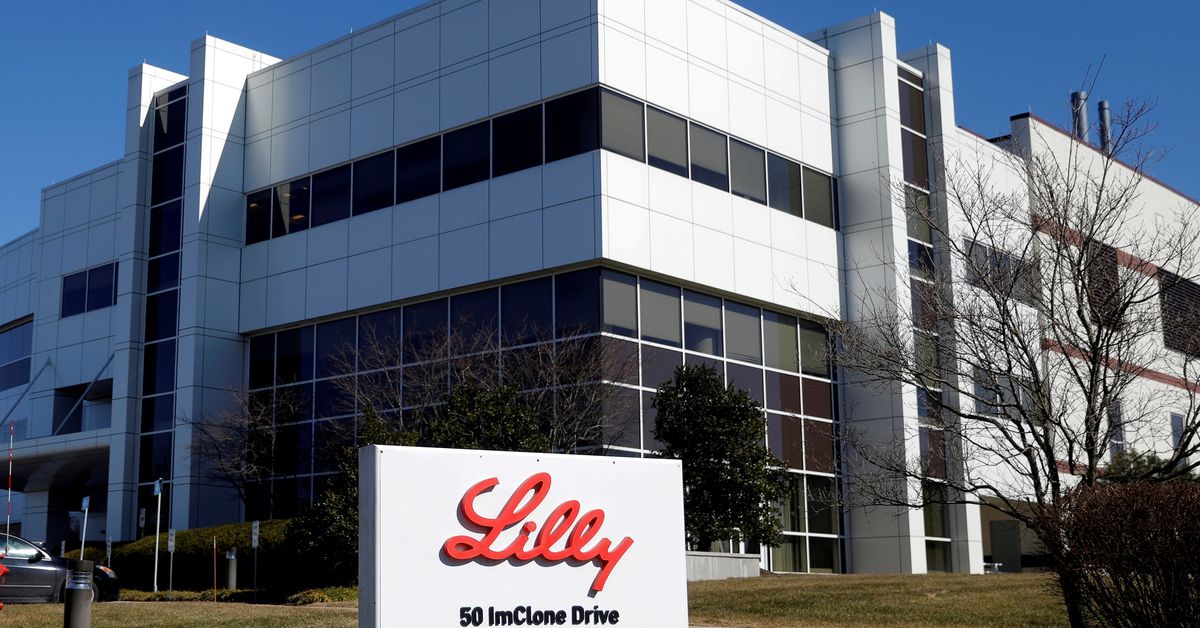 Oct 14 (Reuters) – AstraZeneca, Eli Lilly, Regeneron and GlaxoSmithKline are among the biggest players to have developed COVID-19 treatments using a class of drugs called monoclonal antibodies.

Lab-made monoclonal antibodies mimic natural antibodies in fighting off infections. Unlike vaccines they do not rely on the body to create an immune response, and can therefore help individuals with weak or compromised immune systems.

Below is an outline of where the major drugmakers are in the development and regulatory process:

* AstraZeneca’s AZD7442 is a combination of two monoclonal antibodies given in two sequential injections and aimed at preventing and treating COVID-19.

* On Oct. 5 it requested emergency use approval (EUA) from U.S. regulators as a preventative drug.

* On Oct. 11 it said it would also submit the new treatment data to global health regulators.

* On Oct. 14, the EU drug regulator said it had started a real-time review of the therapy.

* In June, the drugmaker said a late-stage trial had failed to provide evidence that the therapy could stop individuals exposed to the virus from contracting it.

* In August, another trial showed the therapy reduced the risk of people developing any COVID-19 symptoms by 77%.

* On Oct. 11 data showed AZD7442 reduced the risk of severe COVID-19 or death by 50% in non-hospitalised patients who have had symptoms for seven days or less.

* AstraZeneca said in March it would supply up to 500,000 more doses of the therapy to the United States, extending a prior agreement made in October for 200,000 doses. The deal is contingent on an EUA from the FDA. read more

* The British government also has an in-principle agreement for over a million doses.

* U.S. pharmaceutical group’s treatment, a combination of the antibodies bamlanivimab and etesevimab, is meant for patients with mild-to-moderate COVID-19.

* In February it was granted EUA by the FDA for treatment of patients at high risk of severe illness who have not been hospitalised or require oxygen therapy.

* The U.S. Department of Health and Human Services paused distribution in June after the drug failed to show effectiveness against several COVID-19 variants, but resumed it to some states at the end of August.

* In September, the FDA revised its EUA to also include use in at-risk patients who have been exposed to the virus.

* The combination helped cut the risk of hospitalisation and death in patients by 70%, early data from a late-stage trial showed in January. read more

* January data from a trial of one of the therapy’s components, bamlanivimab, also showed it could cut the risk of infection by 80% for nursing home residents. read more

* Eli Lilly announced in September an agreement with the European Commission to supply up to 220,000 doses.

* The U.S. bought 100,000 doses of the dual antibody cocktails in February, followed by 388,000 doses of etesevimab in September. The country had already committed to buying a total of 1,450,000 doses of bamlanivimab alone.

* In May, the FDA granted sotrovimab an EUA for treating mild-to-moderate COVID-19 in people aged 12 years and older.

* The EU’s drug regulator backed in June its use for patients at risk of severe disease who do not need supplemental oxygen.

* It received approval as a COVID-19 treatment in Japan in September.

* The treatment resulted in a 79% reduction in risk of hospitalisation for more than 24 hours or death due to any cause, a late-stage study showed in June. read more

* The EU signed in July a contract with GSK for the supply of up to 220,000 doses of sotrovimab.

* The single-dose antibody cocktail Ronapreve, known as REGEN-COV in the United States and developed by Regeneron and Roche is a combination of two antibodies (casirivimab and imdevimab), and can be taken via injection or infusion.

* Mid-July, Japan became the first country to authorise the treatment, swiftly followed by the United States and Britain. read more

* REGEN-COV has now received emergency approval from more than 20 countries for both the prevention and treatment of the virus.

* On Oct. 11, the EU drug regulator said it was evaluating the cocktail for the treatment and prevention of COVID-19.

* In June, a late-stage trial showed the cocktail reduced the risk of death by 20% for hospitalised patients whose own immune systems had failed to produce a response.

* Earlier in April, it was revealed that REGEN-COV helped cut the risk of symptomatic infections by 81% among people in households where another member had become ill.

* The cocktail has also been found effective in preventing COVID-19 in people exposed to those infected, while a separate study indicated it could combat the Beta variant. read more

* As of September, the U.S. government has purchased nearly 3 million doses.

* In June, the EU secured 55,000 doses through a contract covering 37 European countries, including Britain and other non-EU nations. read more