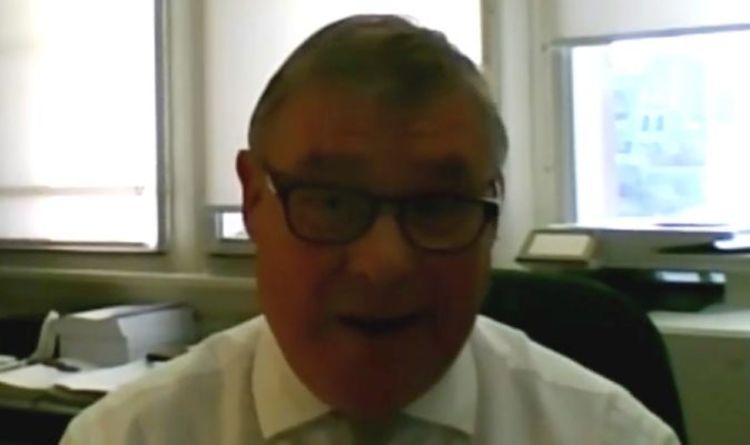 Speaking exclusively to Express.co.uk, the Brexiteer Conservative MP stressed how the UK have done all they can in giving Brussels time to come up with a response to the carnage caused by the Northern Ireland protocol and therefore it is completely within Britain’s right to trigger Article 16. Such a move see unilateral safeguard measures taken that amount to suspending parts of the protocol deal.

Mr Francois slammed how the EU have interpreted the Northern Ireland protocol in a “work-to-rule like manner” which he laid the blame for sparking “deep, deep resentment” within the Unionist community.

The ERG chair was adamant that if the UK is to maintain the Good Friday Agreement, where a hard border on the island of Ireland is avoided, then “we have got to do something to address it”.

He said that efforts to try to resolve the crisis through “sensible negotiation” with the European Union has proved virtually impossible as the bloc have proved themselves to be “intransigent” in the past.

The MP for Rayleigh and Wickford stressed he did not hold a huge amount of hope that the bloc will change for the upcoming renegotiation on the protocol.

Despite this, he did say the EU have a tendency to act at the “eleventh hour”.

As a result, Mr Francois slammed how “it is their fault” that negotiations have reached this point as he said the EU’s interpretation of the document has been a major problem throughout the crisis.

The Brexiteer went on to explain how Britain has given the bloc “more than enough notice” over the previous months to come up with a solution.

He said that it has got to the stage now that if necessary “we will invoke Article 16” as he stressed the limbo simply cannot continue in the current state.

The comments come as chief Brexit negotiator Lord Forst has vowed to enter “intensive talks” with the EU on Brexit after Brussels presented its Northern Ireland Protocol plans, in a bid to prevent trigger Article 16.

If no agreement can be found, Lord Frost is ready to take the “nuclear option” by triggering Article 16 and suspending the mechanism introduced as part of the 2019 Withdrawal Agreement. It comes as European Commission Vice President Maroš Šefčovič is planning to head to London for talks first thing tomorrow morning.

While UK government spokesman said of the upcoming renegotiation: “The next step should be intensive talks on both our sets of proposals, rapidly conducted, to determine whether there is common ground to find a solution.

“Significant changes which tackle the fundamental issues at the heart of the protocol, including governance, must be made if we are to agree a durable settlement which commands support in Northern Ireland.”