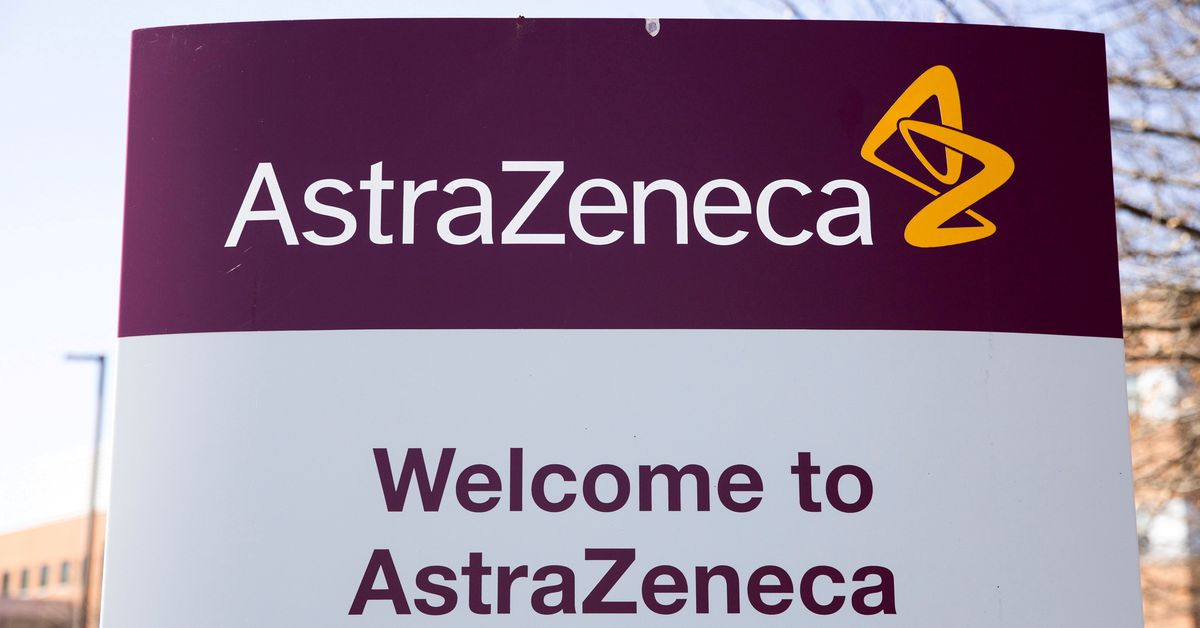 The logo for AstraZeneca is seen outside its North America headquarters in Wilmington, Delaware, U.S., March 22, 2021. REUTERS/Rachel Wisniewski

Oct 14 (Reuters) – Europe’s drug regulator said on Thursday it had started a real-time review of the antibody-based COVID-19 therapy developed by AstraZeneca (AZN.L), roughly a week after the Anglo-Swedish drugmaker sought emergency approval from U.S. authorities.

The decision to begin the assessment by the human medicines committee of the European Medicines Agency (EMA) was based on early results from clinical studies, the regulator said in a statement, without specifying when a conclusion was expected.

The medicine, the first protective shot other than vaccines against COVID-19, has proven to work in the non-infected and was also shown to save lives and prevent severe disease when given as treatment within a week of first symptoms. read more

“EMA will evaluate more data on the quality, safety and effectiveness of the medicine as they become available,” the watchdog said, adding that the rolling review would continue until AstraZeneca submits a formal application for approval.

Reporting by Pushkala Aripaka in Bengaluru; Editing by Arun Koyyur and Aditya Soni