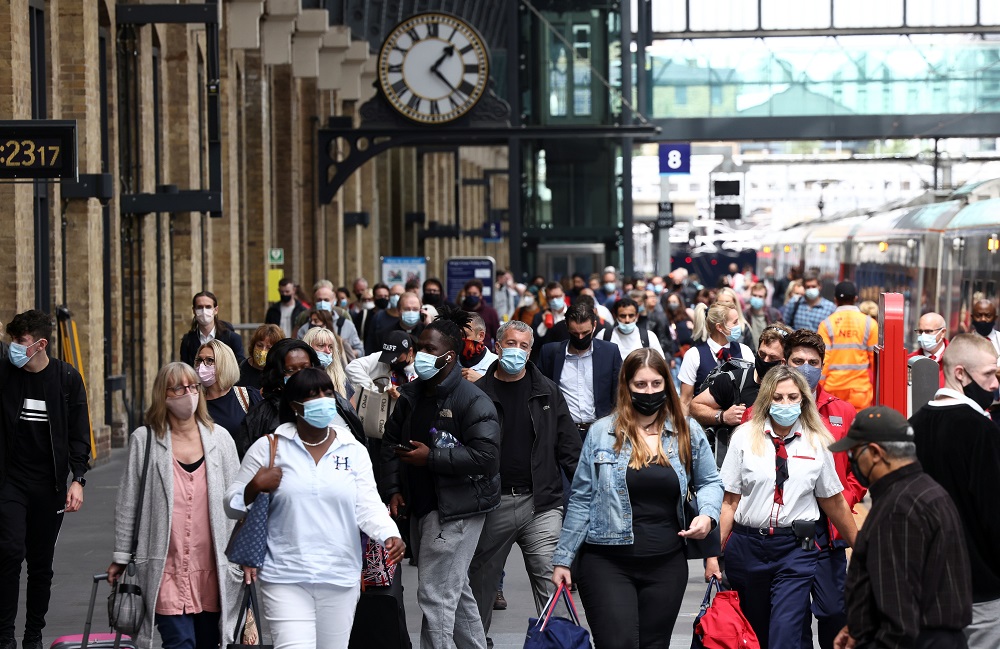 LONDON, Oct 8 — The prevalence of Covid-19 infections in England increased to around 1 in 70 people in the week ending October 2, Britain’s Office for National Statistics said today, reaching its highest level since the end of August.

The ONS said that prevalence of infections had risen for its second straight week, having been at 1 in 85 people in the previous week.

The ONS said that again, the percentage of people testing positive was highest in young people at secondary school.

Schools in England have been open for around a month since the summer break, and some epidemiologists have highlighted concern about rising cases among children, although it is yet to translate into a sustained increase in infections for the population more broadly.

The ONS last reported 1 in 70 people infected with Covid-19 in the week ending August 27, before children in England returned to school.

The last time it was higher than that level was in the week ending July 25, when an estimated 1 in 65 people had Covid-19 following a spike around the end of the Euro 2020 football championships. — Reuters