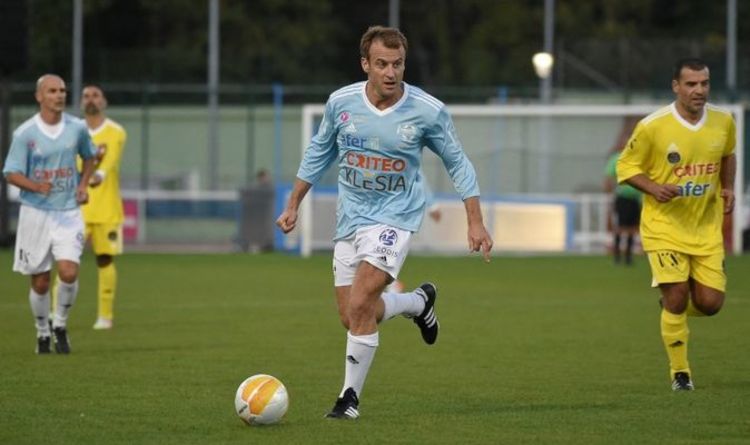 After a keynote speech on innovation in front of students and entrepreneurs earlier this week, the French president donned football gear for a charity match on Thursday in Poissy (Parisian suburb). A fan of the “Olympique de Marseille” (OM), Macron played central midfield for the day within a team that included former international defender Marcel Desailly, ex-Arsenal manager Arsene Wenger and 1998 World Cup winner Christian Karembeu.

The French leader was asked to take a penalty and managed to score an equaliser against his opponent guardian from Poissy’s hospital.

The event was organised by the “Fondation des Hopitaux”, a hospital charity that welcomed Brigitte Macron as one of its patrons as she took over the position from Bernadette Chirac.

3000 tickets were sold as many curious people wanted to see their President on the field.

The organisation aims to better the daily life of kids, teenagers and elders who are hospitalised anywhere in France.

Macron is reportedly waiting for next year to launch his reelection campaign but has introduced two multimillion long-term projects in the same week, hinting that he wants to be the one implementing them.

On Tuesday he presented a €30bn (£25.4bn) multichannel plan to revitalize the French industry before revealing a €200m (£170m) investment in sports facilities prior to the 2024 Olympics set in Paris.

After the game, Macron told reporters that “The aim is not simply to get medals, it will be to put sport at the heart of the nation.”

A new survey published on Thursday showed him coming top in the first round of the 2022 presidential election with 24-28 percent of votes and then winning the second-round run-off.

READ MORE: ‘Why do we accept being robbed?’ French turn guns on Germany

“We are up against the wall. The health system didn’t need this,” said Corinne, a nursing auxiliary for the past 30 years, to Euronews during a demonstration in Paris in early September.

As of September 7, about 84% of caregivers in nursing homes, hospices, hospitals and other facilities in the country have received their full vaccination course, with the rate climbing to 91.1% for self-employed medical professionals such as GPs and nurses.