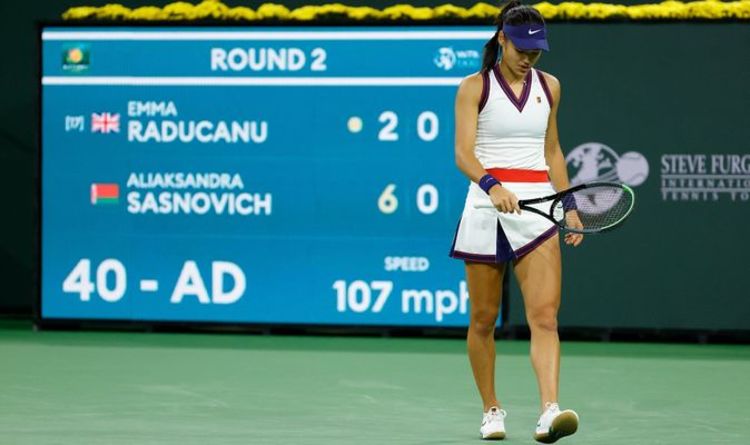 It was the first set she had lost since a WTA 125 event in August.

Struggling with her second serve, she won only four out of 11 points after missing her first serve.

Raducanu took a break between sets but could not stop Sasnovich taking her fourth break point in the first game of the second set.

The US Open champion then looked in danger of losing the match in under an hour before breaking straight back to huge cheers from the subdued crowd.