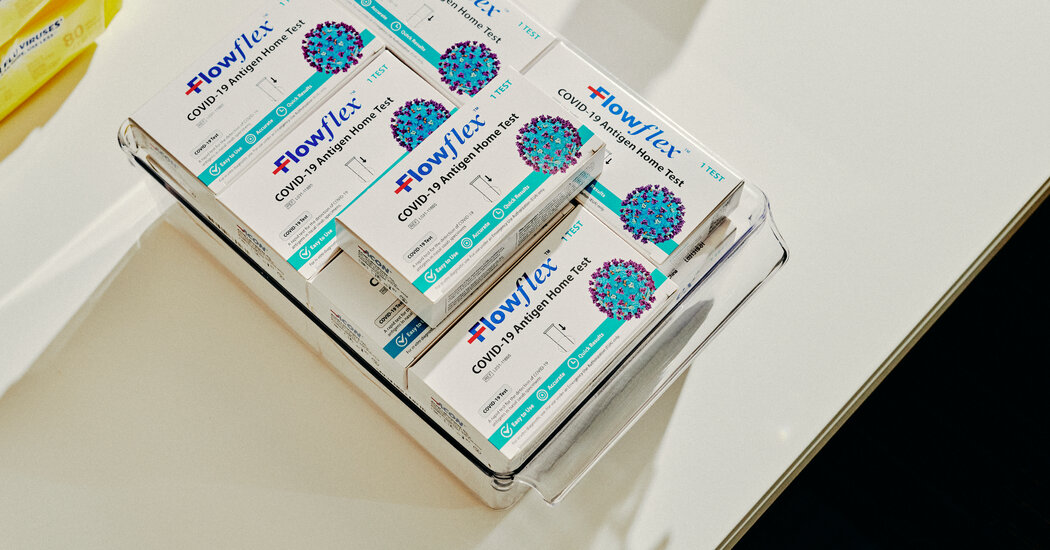 Other research suggests that the accuracy of rapid tests improves a few days into an infection. A large study released as a preprint paper last year showed that rapid tests were only 60 percent accurate on the first day of a person’s infection if they had symptoms. If the person was asymptomatic, the accuracy dropped to just 12 percent. However, doing a second test 48 hours later improved rapid test accuracy to 92 percent for people with symptoms and 51 percent for asymptomatic infections. A third test after another 48 hours improved accuracy to 75 percent for people without symptoms.

Because of this, the FDA now recommends so-called serial testing: If you think you’ve been infected with the coronavirus but test negative, test again in 48 hours, after the virus has had more time to replicate. If you’re still negative, take one more test in another two days. (Unfortunately, for the sake of accuracy, this will mean spending more money on tests.) The FDA made this announcement in November 2022, and manufacturers are required to change rapid test packaging to reflect the new guidelines.

“A negative does not necessarily rule you out of having the disease, and that’s why multiple tests are recommended,” said Nathaniel Hafer, an assistant professor of molecular medicine at the University of Massachusetts Chan Medical School who worked on the repeat-testing study. “If you’re positive, you can feel pretty confident that you’re positive. If you’re negative, that repeat test is really important for increasing the accuracy.”

Another possible explanation for a false negative result is user error. To make sure you’re testing correctly, read through the instructions first, even if you think you know what you’re doing.

“A lot of us this far into the pandemic have done tests multiple times, and it’s easy to be like, ‘Yeah, yeah, I know what to do,’” Dr. Hafer said. “Pulling out those instructions and really making sure you go through it step by step is the best thing to do because each test is a little bit different.” For example, tests may differ in terms of how long you need to swab each nostril, how far up your nose you should go, how many drops to use on the test strip and how long you need to wait for a result.

Another tip is to blow your nose beforehand. Tests for Covid-19 detect the virus in the cells that line the inside of your nose, not in your mucus, so you don’t want your snot getting in the way of the sample. Also, make sure you’re going far enough up inside your nose.

“The most important thing you can do to improve the accuracy of the tests is get a good sample,” Dr. Campbell said. “If you’re swabbing up there where it burns just a little bit, that tells you you’re doing it right.”