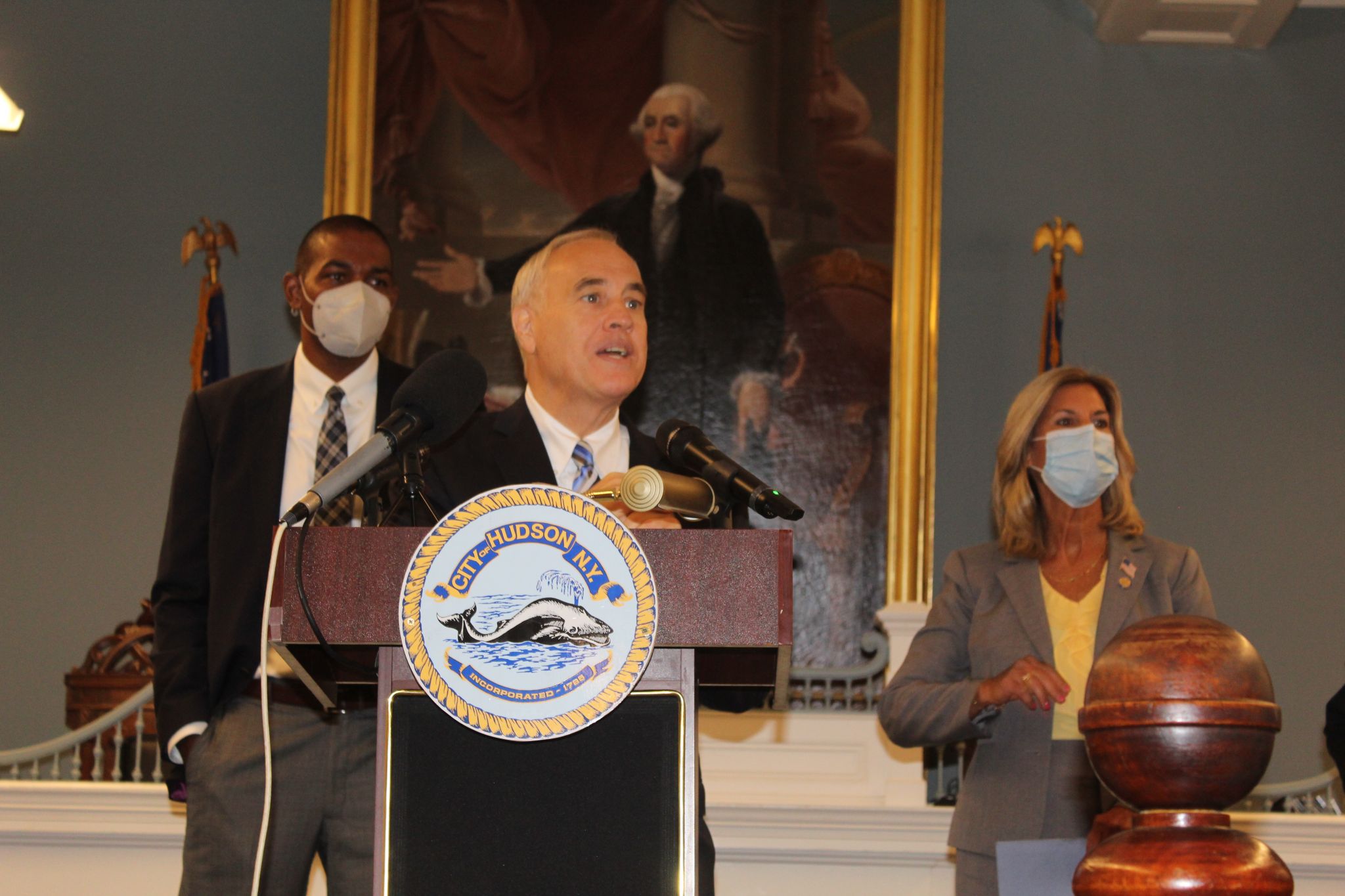 ALBANY — The state has received $21 billion in federal pandemic relief money and has spent $6.1 billion since the end of September, according to a new online tracker released by the state comptroller’s office.

Despite less than a third of the money being spent to date, much of the federal cash has a general spending plan ascribed to it. The state has received just over half of its expected federal aid, which is to total $39.8 billion, according to the tracker.

“Thankfully New York is getting billions of dollars of federal funding that really has been a lifeline,” state Comptroller Thomas P. DiNapoli told the Times Union. “When you’re seeing an infusion of funding at that magnitude, it is important to follow the money and make sure it is spent as intended.”

An additional $3.1 billion of state money has been geared toward the excluded worker fund and small business recovery. The comptroller’s office found that $1.2 billion has been spent since the end of September.

The office plans to update the data monthly and may add additional levels of detail on its tracker.

“A big chunk of this money has yet to be dispersed and hopefully (the public’s) curiosity will be piqued as they check on a monthly basis,” DiNapoli said.

Here is a breakdown, based on the tracker, of the initial takeaways from the office’s data.

The elementary and secondary school emergency relief fund has spent $937 million, received $925 million and is to receive $14.7 billion. It is intended for pandemic preparedness, staff training, technology and addressing learning losses related to the pandemic. About $3.9 billion is to be spent in the current fiscal year and the remaining money spent through 2025.

The state and local fiscal recovery fund has spent $387 million, received $13.1 billion and is to receive $13.5 billion. The plan is to spend the money over the next four years, including $4.5 billion in the current fiscal year.

The coronavirus relief fund has spent $3.9 billion, received $5.1 billion and is to receive $5.1 billion. The money is for health and public safety payroll costs and other related pandemic costs. Most of the money has been spent on state agency operating costs. The remaining $1.2 billion in the fund is expected to be spent in this fiscal year.

The emergency rental assistance fund has spent $696 million, received $1.7 billion and is to receive $2.85 billion. The money is for low and moderate-income tenants and landlords. The money is expected to be spent this year. The Office of Temporary and Disability Assistance data tracker shows, through Oct. 12, that $849 million has been spent, $1.8 billion has been promised.

The homeowners assistance fund has spent $50 million, received $54 million and is to receive $540 million. The money is to prevent mortgage delinquencies, defaults, foreclosures, loss of utilities and displacement. A federal government program is to release additional dollars.

The excluded workers fund has spent $969 million, received $2.1 billion and is to receive $2.1 billion. The money is strictly state funds and is to go to people who are ineligible for unemployment insurance or other relief programs and made less than $26,208 during the first year of COVID-19. The fund is expected to be spent in its entirety this year, according to the governor’s office.