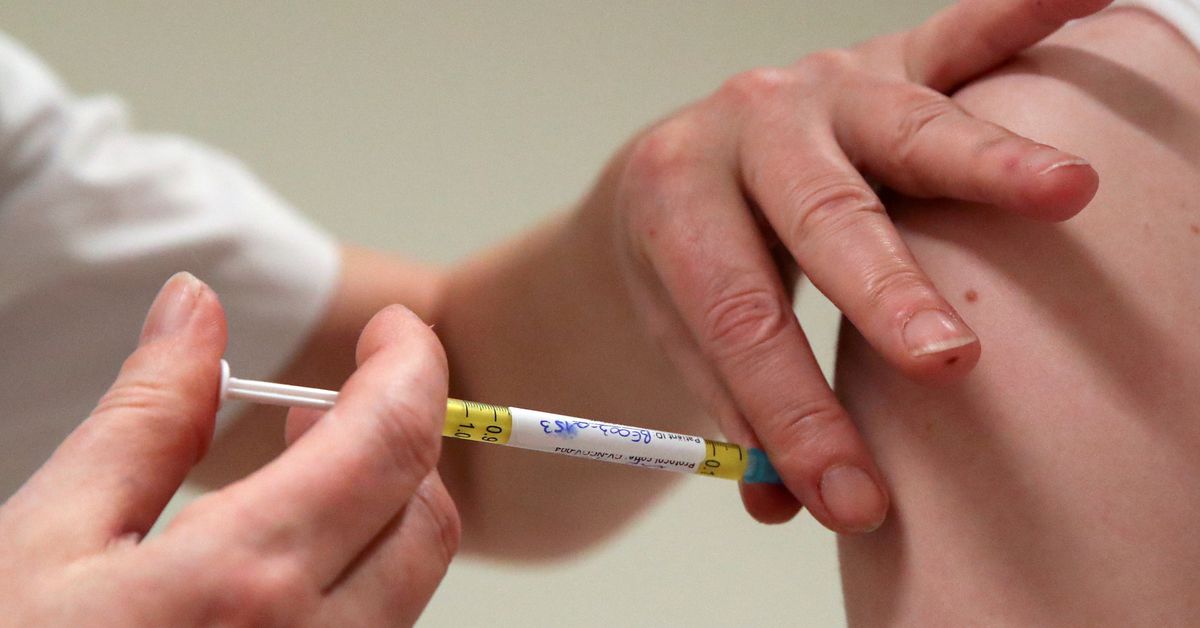 A volunteer receives a dose of CureVac vaccine or a placebo during a study by the German biotech firm CureVac as part of a testing for a new vaccine against the coronavirus disease (COVID-19), in Brussels, Belgium March 2, 2021. REUTERS/Yves Herman

CureVac said it would abandon its application for regulatory approval from the European Medicines Agency for its first-generation vaccine candidate CVnCoV after late-stage trials delivered disappointing results in June with 47% efficacy. read more

There would be a potential overlap with approval timelines for a second-generation candidate.

The earliest potential approval of CVnCoV would have come in the second quarter of 2022 when candidates from the second-generation vaccine program were expected to progress to late-stage clinical development by that time, CureVac said.

As a result, the advance purchase agreement the German firm signed to sell shots to the European Union will end, it said.

It said it expected to start human trials for its second-generation shot in coming months, aiming for regulatory approval in 2022. Results from early-stage animal trials have shown the strong potential of the shot compared with the original, it said.

The shot is the latest casualty in the drug industry’s race to develop a vaccine against the virus, which has killed more than 5 million people and infected more than 238 million.

Sanofi (SASY.PA) also dropped plans for its own mRNA-based COVID-19 vaccine last month because of the dominance achieved by BioNTech-Pfizer and Moderna in using the technology. read more

Instead, it would pursue the technology, acquired as part of its takeover of Translate Bio , in potential vaccines against influenza and other diseases.