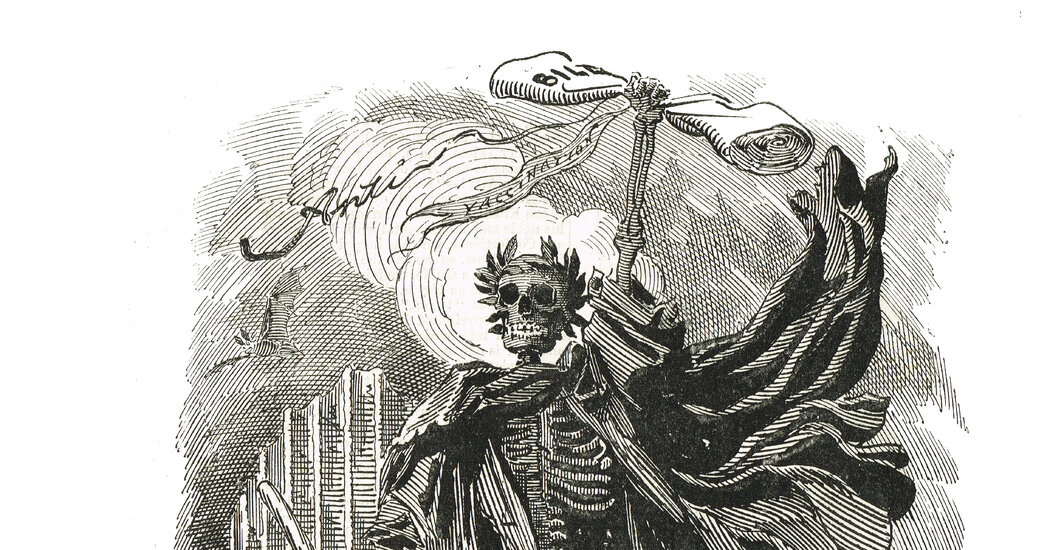 The skeletons move across a barren landscape toward the few helpless and terrified people still living. The scene, imagined in a mid-16th-century painting, “The Triumph of Death” by Pieter Bruegel the Elder, illuminated the psychic impact of the bubonic plague.

It was a terror that lingered even as the disease receded, historians say.

Covid-19’s waves of destruction have inflicted their own kind of despair on humanity in the 21st century, leaving many to wonder when the pandemic will end.

“We tend to think of pandemics and epidemics as episodic,” said Allan Brandt, a historian of science and medicine at Harvard University. “But we are living in the Covid-19 era, not the Covid-19 crisis. There will be a lot of changes that are substantial and persistent. We won’t look back and say, ‘That was a terrible time, but it’s over.’ We will be dealing with many of the ramifications of Covid-19 for decades, for decades.”

Especially in the months before the Delta variant became dominant, the pandemic seemed like it should be nearly over.

“When the vaccines first came out, and we started getting shots in our own arms, so many of us felt physically and emotionally transformed,” said Dr. Jeremy Greene, a historian of medicine at Johns Hopkins University School of Medicine. “We had a willful desire to translate that as, ‘The pandemic has ended for me.’”

He added, “It was a willful delusion.”

And that is a lesson from history that is often forgotten, Frank Snowden, a historian of medicine at Yale University, said: how difficult it is to declare that a pandemic has ended.

It may not be over even when physical disease, measured in illness and mortality, has greatly subsided. It may continue as the economy recovers and life returns to a semblance of normality. The lingering psychological shock of having lived in prolonged fear of severe illness, isolation and painful death takes long to fade.

Some diseases, like the 1918 flu, receded. Others, like the bubonic plague, remained, smoldering. H.I.V. is still with us, but with drugs to prevent and treat it. In each case, the trauma for those affected persisted long after the imminent threat of infection and death had ebbed.

If nothing else, the Covid-19 virus has humbled experts who once confidently predicted its course, disregarding the lessons of history.

“What we are living through now is a new cycle of collective dismay,” Dr. Greene said — a dismay that has grown out of frustration with the inability to control the virus, fury of the vaccinated at those who refuse to get the shots and a disillusionment that astoundingly effective vaccines haven’t yet returned life to normal.

No matter when or how pandemics dwindle, they change people’s sense of time.

“A pandemic like Covid-19 is a breach of the progressive narrative,” that medicine is advancing and diseases are being conquered, Dr. Greene said.

As the pandemic drags on, days merge into each other as time seems to blur and slow down with no forward momentum.

In past pandemics, as today, strong anti-science movements hindered public health and the waning of disease.

As soon as Edward Jenner introduced the first smallpox vaccine in 1798, posters appeared in England showing humans who had been vaccinated “sprouting horns and hooves,” Dr. Snowden said.

“In 19th-century Britain, the largest single movement was the anti-vaccine movement,” he added. And with vaccine resisters holding out, diseases that should have been tamed persisted.

But the difference between vaccine skeptics and pandemic misinformation then and now, historians said, is the rise of social media, which amplifies debates and falsehoods in a truly new way.

With H.I.V., Dr. Brandt said, “there were conspiracy theories and a lot of misinformation, but it never had a broadcast system like Covid-19.”

Other pandemics, like this one, were hobbled by what Dr. Snowden calls “overweening hubris,” prideful certainties from experts that add to the frustrations of understanding how and when it will dwindle away.

With Covid, prominent experts declared at first that masks did not help prevent infection, only to reverse themselves later. Epidemiologists confidently published models of how the pandemic would progress and what it would take to reach herd immunity, only to be proved wrong. Investigators said the virus was transmitted on surfaces, then later said that, no, it was spread through tiny droplets in the air. They said the virus was unlikely to transform in a substantial way, then warned of the Delta variant’s greater transmissibility.

“We paid a heavy price for that,” Dr. Snowden said. Many people lost trust in officials amid ever-changing directives and strategies that weakened the effort to control the virus.

Jonathan Moreno, a historian of science and medicine at the University of Pennsylvania, said the end of Covid would be analogous to a cancer that has gone into remission — still there, but not as deadly.

“You are never cured,” he said. “It is always in the background.”