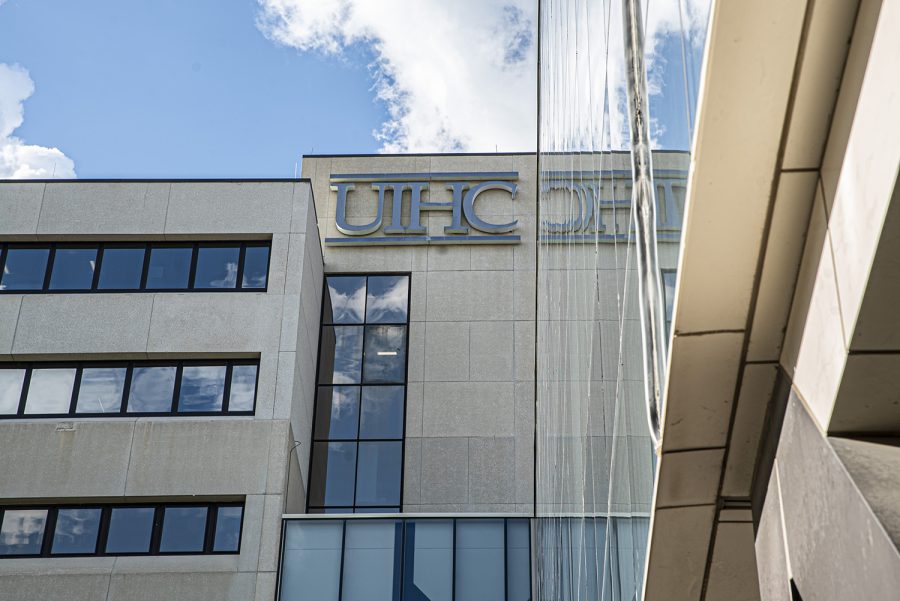 University of Iowa Health Care frontline and office workers were among nearly 5,000 people who participated in CDC-funded research to test the effectiveness of the Pfizer and Moderna vaccines.

A study conducted with University of Iowa Health Care and other academic medical institutions across the United States confirmed the effectiveness of the Pfizer and Moderna COVID-19 vaccines through research in health care settings.

The study, called the Preventing Emerging Infections through Vaccine Effectiveness Testing project, or PREVENT, was funded by the Centers for Disease Control and Prevention. UI Health Care employees, including frontline and office workers, participated.

Nick Mohr, UI professor of emergency medicine and the co-principal investigator for PREVENT, said the study measured vaccine effectiveness outside of clinical trials, in a more practical environment.

Mohr added that the study included results from 33 health care systems across 25 states, including the UI.

“I think that it’s really important that this message about the safety and effectiveness of the vaccine be highlighted,” Mohr said. “I think that it’s really exciting that this fundamental work about vaccination and how we can stop the pandemic in the United States is being done here at the University of Iowa and with our partners at institutions across the country.”

The study was conducted using a test-negative case-control study, which Mohr said is a well-accepted method for evaluating the effectiveness of vaccines by the scientific community.

The study at UI Health Care approached faculty or staff who had symptoms of COVID-19 and had either tested positive or tested negative and asked them to participate in a study.

Mohr said the study received funding in the fall of 2020 before the vaccines were available to anyone, and enrolled participants in January, after the first health care workers began receiving their shots.

Mohr also said he felt this research was important to determine how vaccination influences transmission, and to generally learn more about the vaccines.

“We were measuring real-world effectiveness of vaccines, which is a little bit different from how vaccine effectiveness was measured in clinical trials,” Mohr said.

Brett Faine, UI Carver College of Medicine clinical assistant professor who worked on the study as the site-principal investigator, said there were subtle differences between recipients of the Pfizer and Moderna vaccines. Both proved to be effective in this real-world setting.

Faine said that while the clinical trials are helpful, they are conducted under tightly controlled conditions.

“Our study would be considered more of a pragmatic study,” Faine said. “People have received the vaccine but there was no dictating of their care or what they did. It really mimics how the vaccines would work in just the general population.”

Faine said their study had many of the same results as those in the clinical trials. He said the study factored in individuals with higher risk of serious illness from COVID-19, including those who are older, those with a cardiac disease, and those with diabetes.

Iowa had 132 participants out of nearly 5,000 total across the 33 sites where research took place, Faine said.

Nicole Schnebbe, financial analyst for emergency medicine at UI Health Care, was one of the participants in the study. She said she received her second dose of the vaccine, then felt sick, but tested negative for COVID-19 and was asked shortly after to participate in the study.

“The best way that I could contribute was being in their study and being somebody who proved the effectiveness of the vaccine,” Schnebbe said. “Because my test result was negative, it was a piece of data they needed.”

Schnebbe said being a participant meant that she filled out a few surveys and released her vaccination records to the researchers. She said the surveys asked questions like what her symptoms were and if she had been wearing a mask.

In general, Schnebbe said she felt it was important to participate in this study to demonstrate the effectiveness of the vaccines.

Schnebbe said the work ethic and care of her colleagues she has seen over the last seven months she’s worked with UI Health Care is unmatched because they want to do what is best for the community and don’t advocate for something that is unsafe.

“They’ve spent so many hours,” Schnebbe said. “You can’t even fathom how much they’ve put into these projects, and they just want to protect their fellow Iowans.”