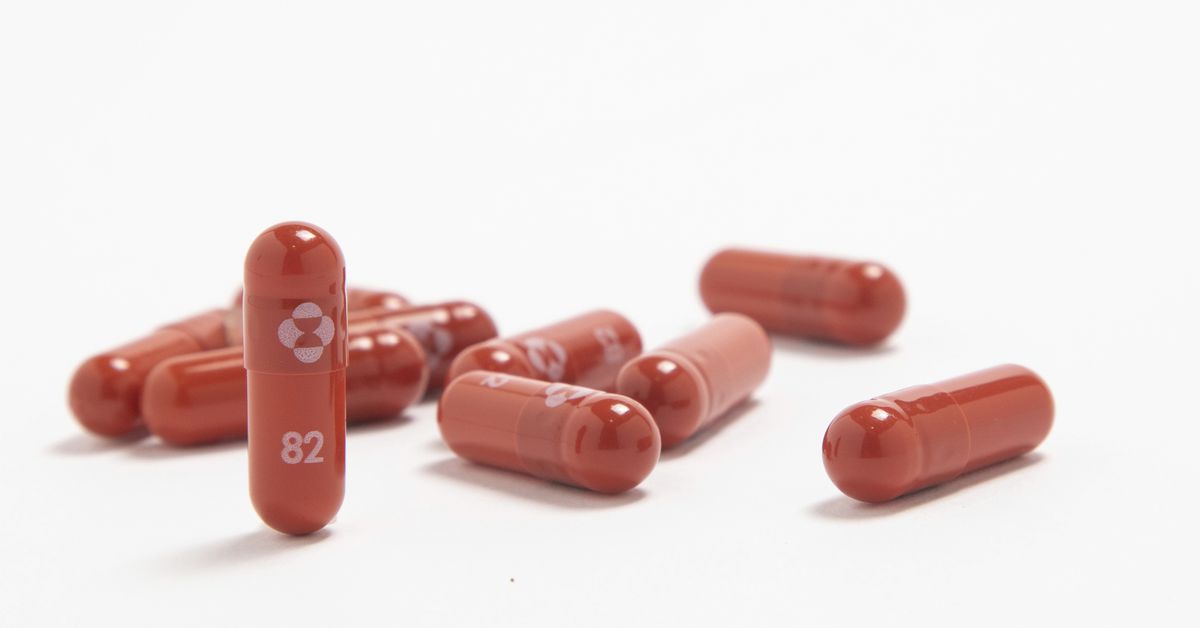 A new pill to treat COVID-19 awaiting federal approval may be a game changer for the pandemic, but Utah experts stressed Monday the antiviral drug isn’t a cure and won’t replace vaccinations along with masking and other measures in preventing the spread of the deadly virus.

Emergency use authorization for the drug, molnupiravir, is being sought to treat mild-to-moderate COVID-19 in adults who are most likely to progress to severe illness and hospitalization because they’re older or suffer from conditions including obesity, diabetes and heart disease.

Molnupiravir reduced the risk of hospitalization or death by about 50%, according to a news release issued earlier this month by Merck and Florida-based Ridgeback Biotherapeutics, results seen as so strong that the trial was halted early.

The five-day course of 40 pills is easier and less expensive than the existing federally approved treatments for the virus that require injection or infusion, so molnupiravir “is poised to have a huge impact on the way we treat patients,” said Dr. Brandon Webb, an Intermountain Healthcare infectious diseases physician.

But the doctor with the region’s largest health care provider said Utahns still should be trying to avoid COVID-19, by getting vaccinated and following long-standing public health recommendations to wear masks and social distance while avoiding large gatherings.

Vaccines offer a much higher level of protection against hospitalization or death than the new drug, which is expected to be distributed to states by the federal government and, Webb said, available only to about one-third of patients who test positive for COVID-19.

“Even though this certainly can be a game changer, it’s still very important to look at primary prevention, including preventive measures and vaccinations, as the more effective and the more efficient way of preventing hospitalizations and death,” he said.

Han Kim, a professor of public health at Westminster College in Salt Lake City, said he’s concerned molnupiravir will discourage vaccinations. Currently, just over 53% of all Utahns are fully vaccinated, meaning it has been two weeks or more since they’ve received a single or second dose.

“I fear people hearing about this new ‘miracle drug,’ they’re going to see it as a cure,” Kim said, rather than potentially another “weapon in the arsenal” that can be used to ease COVID-19 symptoms but doesn’t spell the end of the pandemic.

White House coronavirus response coordinator Jeff Zients also said vaccines are key, not treatments like the new pill. “I think the right way to think about this is, this is a potential additional tool in our toolbox to protect people from the worst outcomes of COVID,” he said recently.

“It’s really important to remember that vaccination, as we’ve talked about today, remains far and away our best tool against COVID-19. It can prevent you from getting COVID in the first place,” Zients said. “And we want to prevent infections, not just wait to treat them once they happen.”

Developing new treatments for COVID-19 is critical because the virus is likely to become endemic, Kim said.

“This is a virus that we’re going to have to live with for a long time, so I think this is a very positive development and we need more. We need more that are cheaper, that are easier to take,” Kim said.

Molnupiravir would be the first treatment for the deadly virus in pill form approved by the federal government.

That makes being able to get tested for the virus as soon as possible all the more important, something that hasn’t always been easy, Kim said. Gov. Spencer Cox said the long waits at state-run sites offering free tests are down to 20 minutes or less, while at-home test kits are hard to come by and can be costly.

The new pills could reduce the need for expanded monoclonal antibody treatments, Kim said. A mobile field hospital was set up in Murray last month to offer the treatments after state Senate President Stuart Adams, R-Layton, said the state needs to do a better job promoting monoclonal antibodies.

The price tag for the pill treatment is about $700, compared to around $2,000 for monoclonal antibodies, which are also distributed by the federal government and must be administered by a medical professional, a process that can take more than 1 1⁄2 hours including monitoring.

“The value here is that it’s a pill so you don’t have to deal with the infusion centers and all the factors around that,” Dr. Nicholas Kartsonis, a senior vice president with Merck’s infectious disease unit, told The Associated Press. He said the price for the pill treatment may ultimately be lower.

The New Jersey-based company has signed deals with generic drug manufacturers in India to produce lower-cost versions of the pill for lower-income countries, the wire service reported, and is in purchase talks with other countries. Other manufacturers, including Pfizer, are developing a similar product.