The cost of similar Covid-19 treatments can vary by tens of thousands of dollars a patient, even within the same hospital, according to a Wall Street Journal analysis of pricing data that indicates pandemic care hasn’t escaped the complex economics of the U.S. health system.

One kind of patient, with a type of severe respiratory condition that is common among those admitted with Covid-19, is an example of the wide range. The rates for these patients usually spanned from less than $11,000 to more than $43,000, the analysis found, but some prices could be far higher, depending on the severity of the case.

At NewYork-Presbyterian Weill Cornell Medical Center in New York, the cost for a severe-respiratory patient was around $55,182 if the person were insured by CVS Health Corp.’s CVS -0.11% Aetna, according to the hospital’s data. For UnitedHealth Group Inc.’s UNH -0.85% UnitedHealthcare, the hospital’s disclosed rate is $64,326, while the price listed in the hospital’s data for patients covered by Anthem Inc.’s ANTM -1.36% Empire Blue Cross Blue Shield was $94,357.

The range of prices shows how similar hospital services can generate widely disparate bills. Even during the pandemic, and within the same hospital, the prices often reflect the leverage that an insurer has to wrangle discounts, as well as the hospital’s market power to drive up its rates.

Charges hospitals have negotiated with insurers for respiratory patients who spend more than four days on a ventilator—a common Covid-19 treatment—vary dramatically among hospitals and insurers. 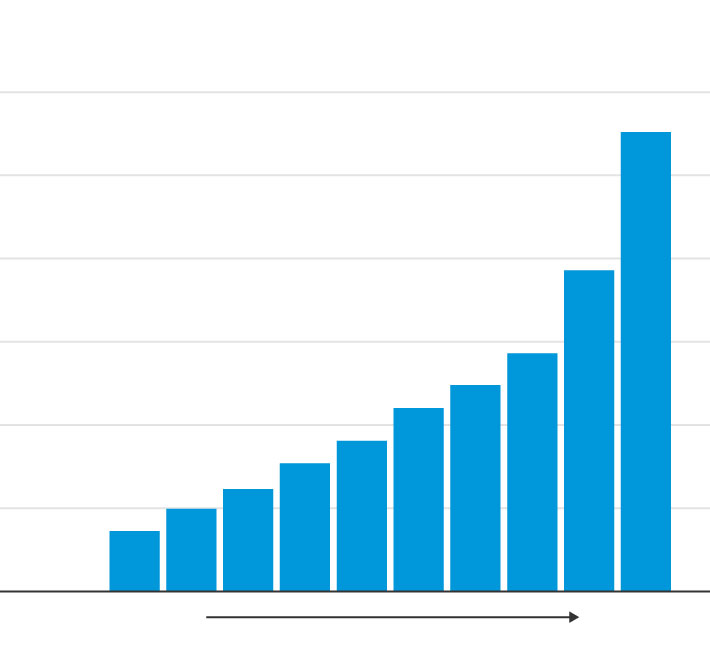 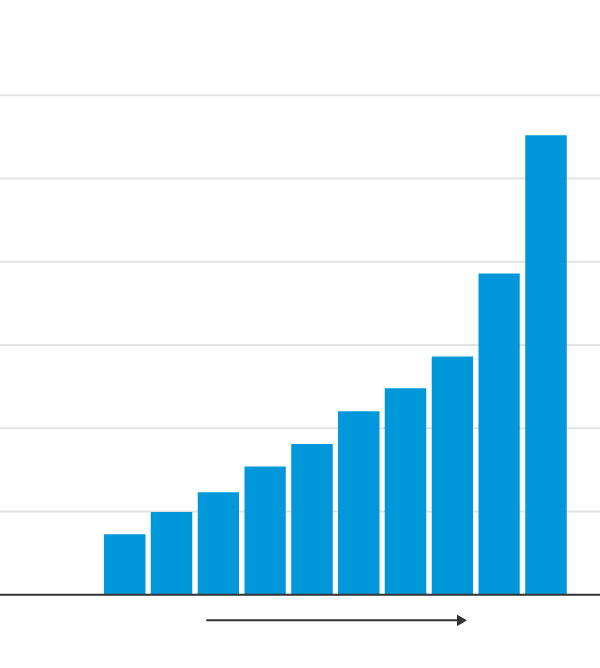 A spokeswoman for NewYork-Presbyterian said it negotiates each insurance contract individually and the cost to patients varies significantly depending on the care they receive, their coverage and their eligibility for financial assistance. A spokeswoman for Anthem said the insurer’s rate appeared higher because of how it was calculated and disclosed by the hospital, and it reflected that the hospital is treating sicker patients. Aetna said rates vary for a number of reasons, while UnitedHealth said the rates disclosed by hospitals don’t reflect the actual service costs.

Throughout much of the pandemic, insurers waived out-of-pocket charges for Covid-19 treatment, so the variable costs didn’t directly affect patients’ pocketbooks. Now, patients are increasingly facing charges such as deductibles or coinsurance, which can depend on rates that hospitals and insurers secretly negotiated, according to the Kaiser Family Foundation.

“Some have limited insurance and they are getting these crazy bills, and they’re saying, ‘I don’t know how I’m going to get through it,’” said Adria Goldman Gross, chief executive of MedWise Insurance Advocacy, a patient-advocacy firm in Monroe, N.Y.

A federal fund that can pick up the cost of Covid-19 treatment is focused on the uninsured. As a result, many patients with private coverage may actually pay more out of their pockets than those with no health plan at all.

The pricing data became public this year under a new federal requirement. The Wall Street Journal analyzed this data for hundreds of hospitals, compiled by Turquoise Health Co., to understand what Covid-19 treatment costs. The analysis focused on private insurance, the kind offered by employers or purchased individually, not government-backed plans under Medicare or Medicaid.

The analysis included three types of hospital patients: those with serious respiratory illness who typically avoided treatment with ventilators; respiratory patients who needed ventilators for at least four days; and patients who had a life-threatening condition, known as sepsis, and may also have briefly needed a ventilator.

The Journal examined rates for billing codes for those conditions, which were the codes most frequently associated with privately insured Covid-19 patients in claims analyzed by Milliman Inc., an actuarial firm.

The analysis looked at rates at more than 600 hospitals. In describing price ranges, the Journal has excluded the most extreme figures unless they were directly verified with the hospital and insurer involved, to ensure accuracy.

Covid-19 treatment doesn’t have its own designated billing code. Since the codes can also be used for patients with other conditions, the prices listed in the data likely wouldn’t reflect any extra bump in payment insurers give hospitals specifically for Covid-19 patients.

At the top end of the ranges were some substantially higher rates that hospitals said corresponded to the sickest, most difficult cases.

Patients admitted for Covid-19 treatment may require stays in the intensive-care unit and ventilators to help with breathing. If their insurer has stopped blocking out-of-pocket charges for virus treatment, patients could face bills in the thousands of dollars tied to the prices that the companies have negotiated.

Get a morning briefing about the coronavirus pandemic three times a week and a weekly Health newsletter when the crisis abates.

For the billing code that reflects inpatient care requiring more than four days on a ventilator, the prices at the middle of the range were around $90,000, the analysis found. The rates in some cases, however, went well above $200,000.

Kettering Health’s hospital in Hamilton, Ohio, listed a top rate of $115,604 for Humana Inc. for the billing code for severe respiratory conditions that don’t typically require ventilators. It was among the highest prices in the Journal’s analysis for that code.

It represented the rate for one particular patient who “reflects a one-off, high-intensity case, creating an outlier,” said Michael Mewhirter, chief financial officer for Kettering Health, which includes nine hospitals. The hospital’s contracted rate for that code with Humana is $22,000, he said.

The price is roughly the median in the Journal’s analysis for that code.

A Humana spokesman said the higher price “does not align with Humana’s contracted rate for this type of admission” for an average patient.

At MemorialCare Orange Coast Medical Center in Fountain Valley, Calif., the listed Cigna Corp. price of $424,773 for the ventilator billing code represented one Cigna patient who was in the hospital for 27 days. The typical Cigna rate for cases with that same billing code that don’t require such a high amount of care is around $147,000, said John Cascell, a senior vice president at MemorialCare. The figure is above the 70th percentile in the Journal’s analysis for that code.

Another factor in the rates: whether an insurer can bring a large volume of patients to the hospital. Hospitals tend to give better prices to those that can.

For the sepsis patient billing code commonly associated with Covid-19, a MultiPlan Corp. price posted by George Washington University Hospital in Washington, D.C., was $76,795—more than twice the next-highest rate, which was listed for a separate MultiPlan brand, according to the analysis.

How have hospitals near you weathered the latest phase of the pandemic? Join the conversation below.

MultiPlan offers networks of doctors and hospitals that insurers and others can use. Its rates applied to just one patient at George Washington University Hospital since 2018 who was treated for sepsis conditions commonly associated with Covid-19, compared with major insurance companies that bring more business, said Jane Crawford, spokeswoman for Universal Health Services Inc., which owns the D.C. hospital. “Those organizations bringing the fewest patients receive the smallest discounts,” Ms. Crawford said.

The published prices don’t accurately reflect MultiPlan’s pricing structure, said Pamela Walker, a MultiPlan spokeswoman. MultiPlan sets prices for each good or service, and doesn’t bundle them into a single rate comparable to the hospital’s published price, she said. MultiPlan declined to give an estimate for a comparable price, saying there were too few patients with data to get an accurate figure.

Write to Anna Wilde Mathews at anna.mathews@wsj.com, Tom McGinty at tom.mcginty@wsj.com and Melanie Evans at Melanie.Evans@wsj.com