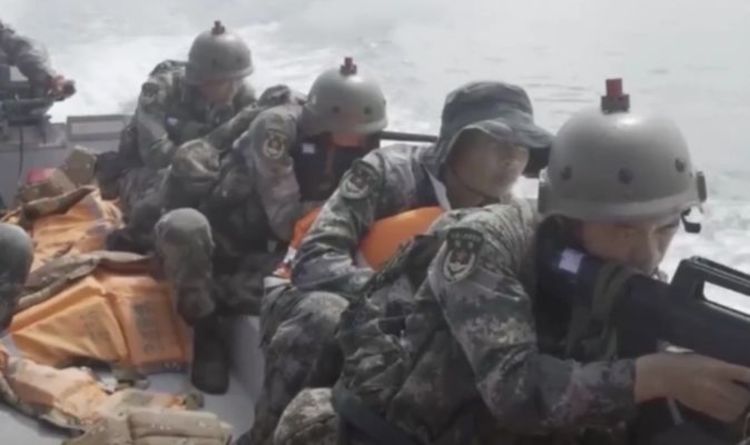 China has fanned the flames of concern after the People’s Liberation Army Daily posted a military training video on its Weibo account on Monday. The video showed soldiers invading a beach via boat and storming inland. This comes as tensions between China and Taiwan remain high.

They were also seen cutting barbed wire and other obstacles before digging trenches.

The video also showed soldiers simulating combat by fighting through a forest.

Xi said the “peaceful reunification” of Taiwan and mainland China “must be fulfilled” during a speech Saturday.

Taiwan’s President Tsai Ing-wen, on the other hand, has warned of “catastrophic” consequences if the island’s democracy falls to Beijing.

Some experts have argued China is preparing its military to take Taiwan and unify it by force.

While speaking on Sky News Australia, he remarked how high the Chinese leader holds this as a priority.

Mr Shoebridge said: “I think we have got to take these things seriously.

He has said that he believes China wants to be sure they can win any conflict.

Because of this, they are more likely to wait until 2025 for a full-scale invasion.