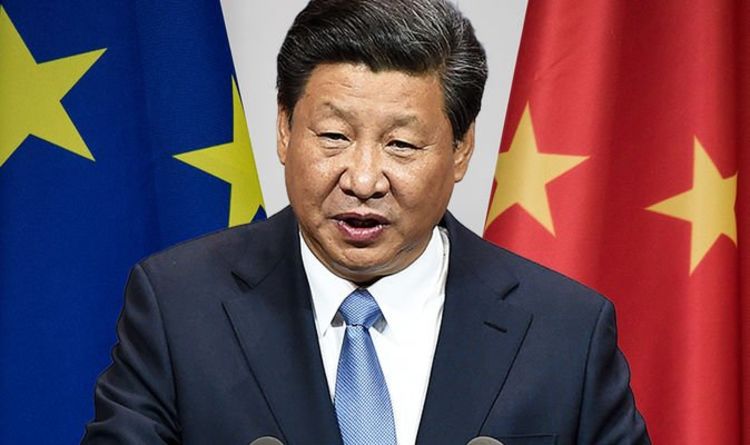 European Council President Charles Michel and Chinese leader Xi Jinping will hold a meeting over the phone on Friday. This marks the first step in thawing relations between the two sides, after months of deteriorating diplomacy between China and much of the West.

The phone call comes after a meeting of the EU’s 27 leaders last week, during which they discussed a need to “rebalance” ties with China.

But this won’t be a straightforward task, with some within the 27 reluctant to offer an olive branch to China.

The call between Mr Michel and Mr Xi will be the first time they’ve spoken since the end of 2020.

Since then, China and the bloc have endured their rockiest patch in decades, with relations deteriorating rapidly.

Issues have centred around Beijing’s treatment of its Muslim Uyghur minority in the Xinjiang region as well as a showdown with Lithuania over Taiwan.

Some former camp detainees have also alleged they were tortured and sexually abused.

China denies all allegations of human rights abuses in Xinjiang, claiming its system of “re-education” camps are there to combat separatism and Islamist militancy in the region.

China insists that Uyghur militants are waging a violent campaign for an independent state by plotting bombings, sabotage and civic unrest, but it is accused of exaggerating the threat in order to justify repression of the Uyghurs.

China has dismissed claims it is trying to reduce the Uyghur population through mass sterilisations as “baseless”, and says allegations of forced labour are “completely fabricated”.