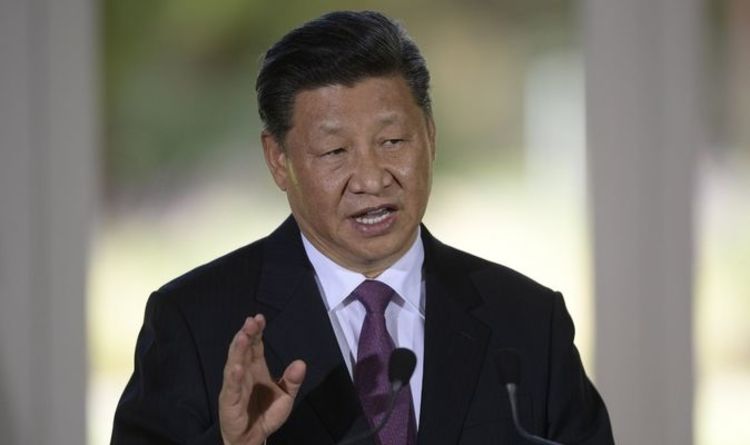 With the Communist nation claiming sovereignty over Taiwan and the disputed waters in the South China Sea, an expert has stated China will begin the next worldwide conflict. Maajid Nawaz, a presenter for LBC radio, commented on the rise in military action in the country and the increasing incursions into Taiwan’s airspace.

He stated that a potential result of the annexation of Taiwan would lead to a “global conflict”, causing worldwide consequences.

Tensions have been rising between China and Taiwan as Beijing has suggested the possibility of invading their island neighbour.

“You’re talking about a corporatist one-party state using technology to turn humans into a commodity for the sake of pursuing macro profit,” the radio presenter stated.

”The concern with Taiwan…is we lose yet another democracy and China, as it did with Hong Kong, turns Taiwan into a tyranny,” Nawaz feared.

The LBC presenter warned nations must prepare for a conflict with China.

“Let’s say China invades Taiwan by 2025, I think we have to hope for the best and prepare for the worst,” he stated.

“What prepare for the worst means, is this country has to be ready to stand on its own two feet if there’s a shock to the global world order in the form of a war.”

The reunification of Taiwan has been in the works for a long time and Kevin Rudd, former Australian prime minister, is concerned about the global implications.

“I think what we’ll then be moving into is a period which China will be looking at its options to leverage Taiwan back into a form of a political union with China by the time we get to the late 2020s and into the 2030s,” Rudd told CNBC.

Japan’s deputy prime minister also shared his concerns that China could shift its interests to other islands as well, including those in the Senkaku island chain.

“We need to think hard that Okinawa could be the next,” he said.