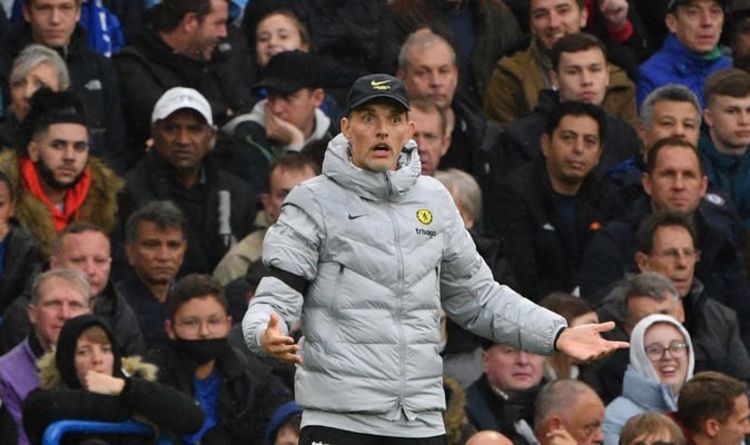 Chelsea will look to continue their stellar start to Premier League proceedings with a victory over fellow west London side Brentford on Saturday – but with plenty of players returning from injury and impressing on international duty, there is a lot of thinking to do for boss Thomas Tuchel. Express Sport takes a look at four dilemmas the German may have.

Timo Werner got on the scoresheet for the German national side in the international break.

And having scored the winner against Southampton last time out – with Romelu Lukaku failing to net – there is an argument for Werner to be installed as Chelsea’s front man.

But having scored two in his last two, and with just three starts all season, it could be the perfect time to start the German.

Call up for Chilwell?

Ben Chilwell has had a terrific week and a half – scoring for Chelsea in the 3-1 over Southampton before the international break, and now for England in the 5-0 rout against Andorra.

The left-back has struggled for game time recently due to Marcos Alonso’s improved form and adaptation to Tuchel’s tactics.

But having impressed recently, Chilwell could well find his way back into the side.

And with other fixtures coming thick and fast, it may make sense for the Englishman to keep his place in the side.

Chelsea somewhat missed an intensity in their loss to Juventus and narrow win over Southampton.

Much of that can be attributed to N’Golo Kante’s absence with COVID-19.

There is not as much bite to win the ball back without the Frenchman, and Chelsea will be hoping he can get back to full form for the trip to Thomas Frank’s Brentford.

And against a much-inexperienced midfield, Tuchel will be hoping he can show his worth against the Bees.

This is a tricky situation for Tuchel.

If Werner is instated to the squad after his recent form, there is only one spot left as one of Lukaku’s suppliers.

And with Havertz scoring in midweek for Germany, there is reason for him to come into the side given Mount has only recorded one assist all season.

But with Chelsea not losing when Mount has been in the side, it will be tough for Tuchel to make the decision to drop him.