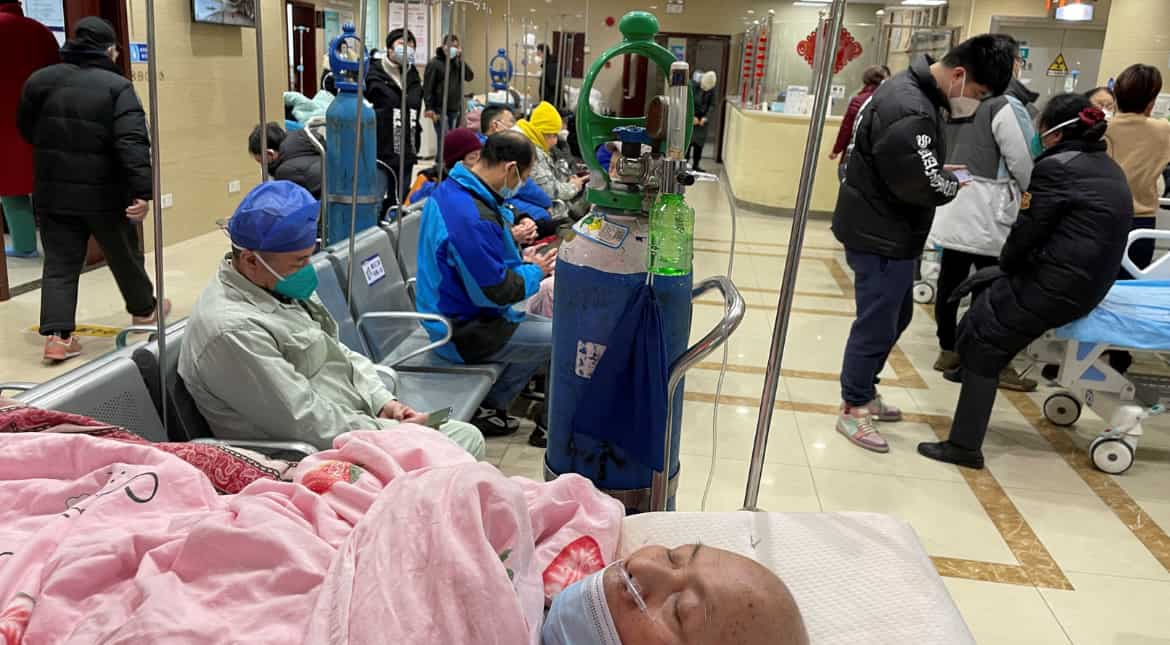 The chances of China facing a major Covid-19 rebound in the coming next two or three months is unlikely as 80 per cent of the country’s population has already been infected by the virus, said a senior government scientist on Saturday. The pandemic may spread widely and increase infections in a few areas due to people’s mass movement during the country’s ongoing Lunar New Year holiday season, however, China is less likely to face a second Covid wave in the near term, claimed China Centre for Disease Control and Prevention’s chief epidemiologist Wu Zunyou on the Weibo social media platform.

Across China, millions of Chinese citizens have been travelling for holiday reunions after the Covid-19 curbs were recently eased, which raised fears of fresh Covid-19 outbreaks in the country’s rural areas, which are not well-equipped to handle massive surge in infections.

The peak of the number of coronavirus patients admitted in emergency rooms, fever clinics and in critical conditions has already passed in China, said a National Health Commission official on Thursday.

As per the government data, around 60,000 Covid-19 patients have died in hospital till January 12, almost a month after the zero-Covid policy was abruptly scrapped by the Chinese government.

However, some experts stated that the figure given by the government is an undercount of the complete impact, as it fails to include many people who died at home, and because various doctors have accepted that they were discouraged from writing Covid-19 as the cause of death.

(With inputs from agencies)

You can now write for wionews.com and be a part of the community. Share your stories and opinions with us here.