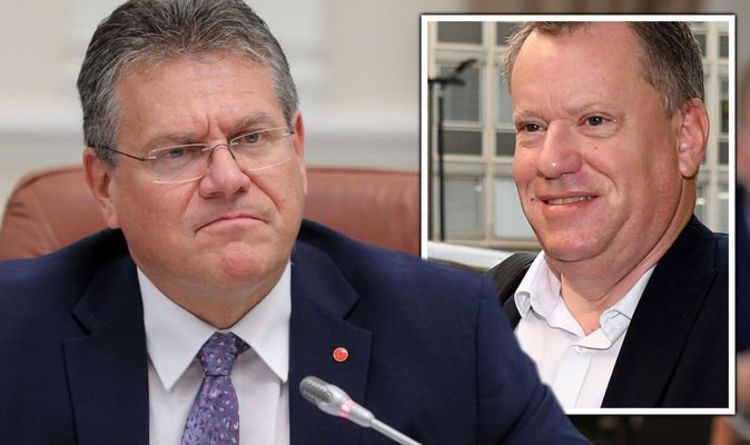 The appeal hearing will be held on Monday morning after a challenge to the Northern Ireland protocol failed in the High Court earlier this year. The application was brought forward by the UUP, DUP, unionists Baroness Hoey, Lord Trimble and former Brexit Party MEP Ben Habib. The Protocol has caused severe issues to trade in Northern Ireland thus sparking calls for it to be altered.

Lord Frost had repeatedly warned the UK will use Article 16 of the Brexit unless alterations are made.

In a major climbdown, vice-president of the European Commission, Maros Sefcovic, unveiled a raft of measures aimed at soothing relations.

The measures include the removal of checks on some goods such as British sausages.

Britsh sausages and other products will now be classed as “national identity food” and will not be required to be checked when moving from Great Britain to Northern Ireland.