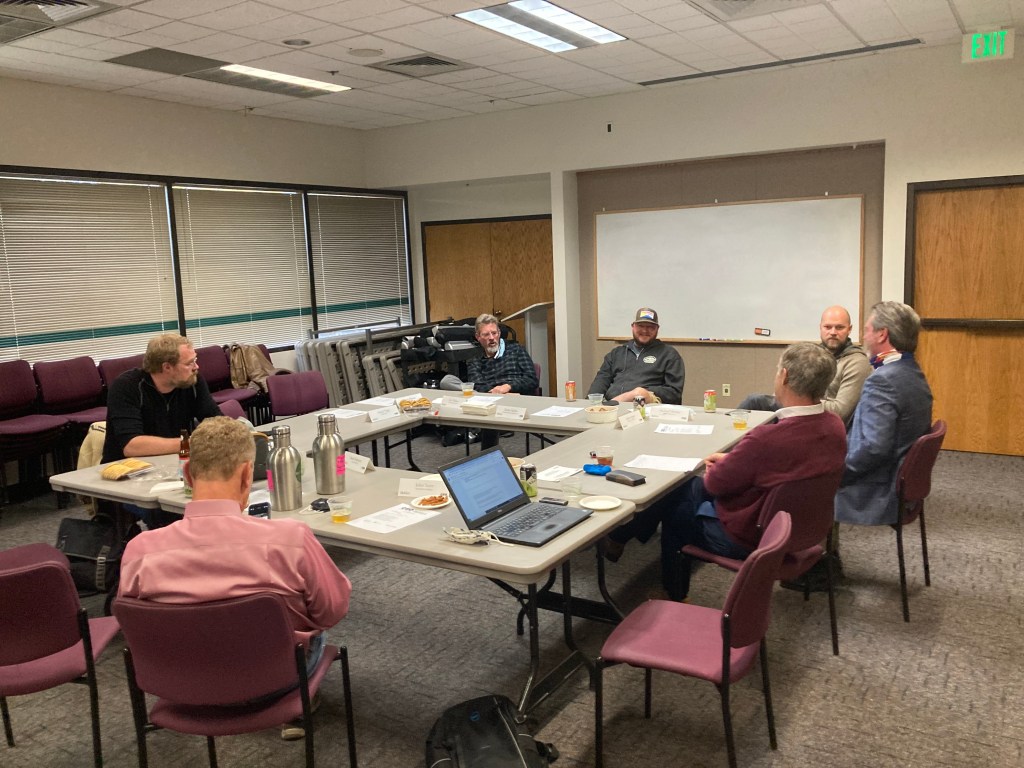 Between a snarled global supply-chain network, a sluggish labor market and lingering hesitance among some to return to their bar stools, brewers in the Boulder Valley are still feeling the effects of the COVID-19 pandemic.

Still, there’s an unwavering sense that it could be worse — after all, people are always going to want to drink beer, brewers said Tuesday during BizWest’s Brewing CEO Roundtable at the Boulder Chamber headquarters.

Wallace is continuing to “expect turmoil in unexpected ways,” he said. “We don’t know what the next variant is going to be able to do.”

Sanitas Brewing Co. owner Michael Memsic agreed that 2022 is likely to be “a spicy year,” but successful brewers roll with the punches.

“It’s good for adrenaline,” he said.

As a smaller, mountain town operator in Nederland, Very Nice Brewing Co. owner Jeffrey Green said he “actually feel[s] pretty blessed” to have weathered the COVID-19 storm as well as he has, leaning on liquor store sales and deliveries when the taproom was closed.

“The vaccine changed everything,” he said. “I know things got political, but as a business owner I’m so thankful.”

Over the summer, as vaccination rates soared locally and thirsty customers ventured out of their cocoons, “we’ve had lines out the door,” Green said.

Liquid Mechanics Brewing Co. co-founder Davin Helden agreed that there has been a “mad rush” into bars and taprooms as capacity restrictions have eased.

Special accommodations from local governments such as expansions of outdoor seating and to-go sales are expected to continue to be a lifeline as the weather cools.

“We begged and borrowed to get parking lot spaces and patio heaters,” Helden said.

While winter could be more challenging as the potential for new virus outbreaks increase, brewers are increasing their focus on the basics: making good beer.

“My optimism is around the fact that people are still going to drink beer,” Helden said. “We just have to figure out what they want and brew it.”