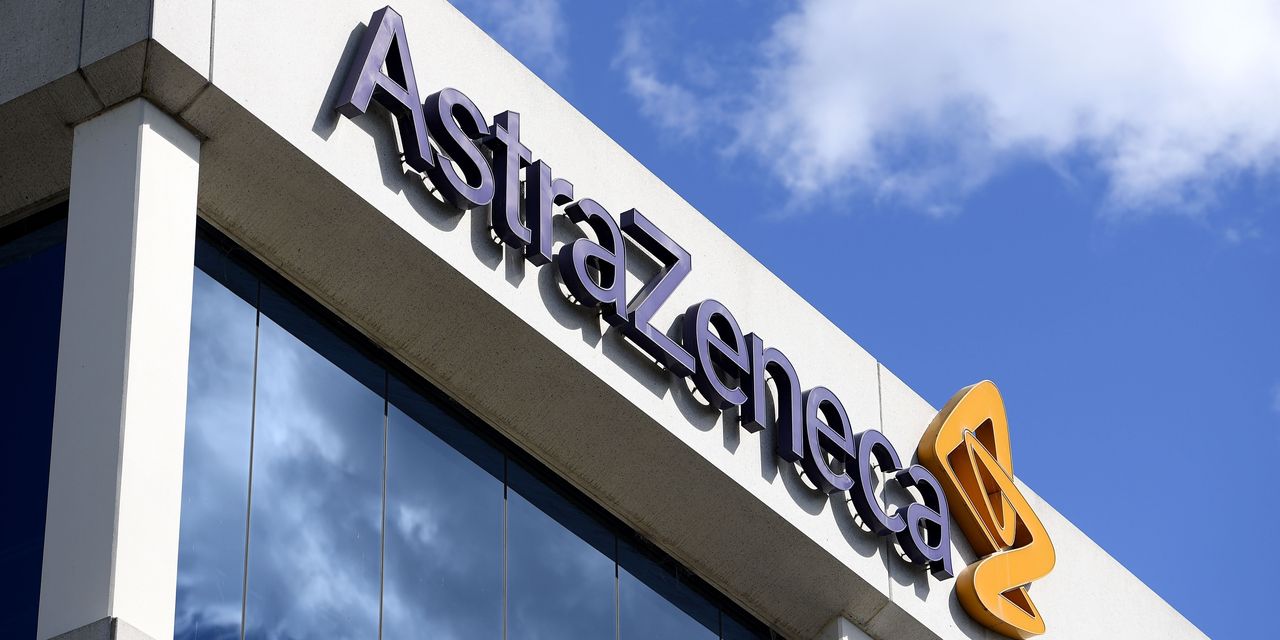 AstraZeneca said in August that it would aim the antibody combination, called AZD7442 and delivered as a shot, at preventing Covid-19 symptoms, like a vaccine. The primary use, AstraZeneca said, would be for a minority of people with chronic diseases and other conditions that could render vaccines less effective. Emergency-use authorization from the Food and Drug Administration, if granted, would make the long-acting antibody cocktail a first-of-its kind preventive option.

The company earlier hoped the therapy could be used to treat acute Covid-19 symptoms and stem infection to keep people already exposed to the virus out of the hospital. But the drug failed in late-stage trials for that primary purpose, in a setback for AstraZeneca.

The antibody treatment is separate from AstraZeneca’s widely used Covid-19 vaccine developed in partnership with the University of Oxford.

The company in August said AZD7442 showed 77% efficacy in reducing risk of symptomatic Covid-19 compared with a placebo in late-stage clinical trials testing its usefulness as a preventive treatment. In summarized preliminary findings, the company said that more than three-fourths of the 5,197 participants in the trial had comorbidities, or chronic disease, including conditions that could render vaccines less effective.

AstraZeneca executives and the principal trial investigator said in August the primary target for the antibody will be people who take Covid-19 vaccines but don’t get the hoped-for immune boost because of these preconditions. It could also be used by people who have been advised not to take the vaccine—for instance, those at risk of allergic reactions—or as an extra precaution for fully vaccinated people.

The drug is injected into the muscle like existing vaccines, but in two shots given at the same time rather than spaced out, according to an AstraZeneca spokeswoman. It was well-tolerated and safe, the company said.

Full trial results haven’t yet been published or reviewed by independent researchers. AstraZeneca has said laboratory tests suggest the drug is effective against the highly transmissible Delta variant.

“With this first global regulatory filing, we are one step closer to providing an additional option to help protect against Covid-19 alongside vaccines,” AstraZeneca’s Mene Pangalos, a senior biopharmaceuticals-development executive, said in Tuesday’s statement.

The company said on Tuesday it is in discussions with the U.S. and other governments about potential supply deals. Earlier in the pandemic, the drugmaker received funding pledges that could exceed $700 million from the U.S. government to develop, test and potentially supply up to 700,000 doses of AZD7442 this year. The antibodies used were developed by Vanderbilt University Medical Center and licensed to AstraZeneca in June 2020.

AstraZeneca is discussing trial data and potential authorization filings with European and U.K. medicines regulators, respectively, the company spokeswoman said. She said submissions for possible use in other countries also are under consideration, depending on supplies of the drug.

Health experts say widespread access to cheap Covid-19 vaccines, relative to the high cost of antibody drugs, will likely limit the market for AZD7442 as a preventive tool. But in a subset of people whose immune systems don’t respond well to vaccines, the antibody cocktail could provide a new, additional option to prevent symptomatic Covid-19.

Covid-19 vaccines were brought to market at remarkably fast speeds, but antibody treatments and other reliable therapeutics have been slower, with more mixed results. Global surges in Delta cases led hospitals to turn to antibody drugs to prevent overcapacity. Monoclonal antibody drugs are designed to mimic natural antibodies produced by the immune system to fight the coronavirus.

The U.K., Europe and the U.S. already have approved use of a monoclonal-antibody treatment from Regeneron Pharmaceuticals Inc. and Roche Holding AG . Last week, another new post-exposure Covid-19 treatment showed promise in a pivotal study at preventing high-risk people from becoming seriously ill or dying—an experimental pill from Merck & Co. and its partner Ridgeback Biotherapeutics LP. The promising trial results could mean the drug, called molnupiravir, potentially could provide doctors a new option for at-home treatment of Covid-19 in infected people.

AstraZeneca said that in addition to the request for authorization of AZD7442 as a preventive drug, it also continues to test it for potential use as a primarily outpatient treatment for people already exposed to Covid-19 and with mild to moderate cases.

Write to Jenny Strasburg at jenny.strasburg@wsj.com