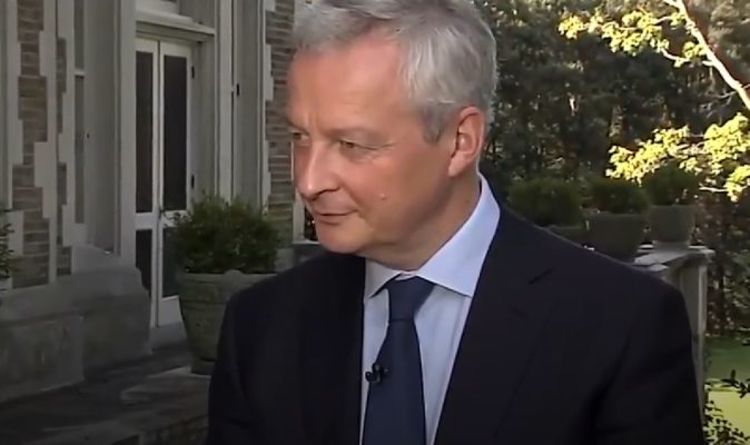 French Minister Bruno Le Maire has insisted that Europe will play a leading global role ahead of Britain between the superpowers of China and the United States. The Emmanuel Macron ally made the bold comments to the BBC after he publically blamed Brexit for worsening supply chain problems in the UK. Mr Le Maire argued that the European bloc, including France, will take on the only place left in international affairs as the third centre of power between the west and the east.

Mr Le Maire told the BBC: “I don’t want to criticise the British approach because this is the sovereign choice made by the British people.

“But you know, when you have a careful look at the current world situation, you have in the right side, the United States, on the other side, the rise of China, then there is one single place left – and this will not be for the UK.

“This will be for Europe.

“Let’s be clear about that.”

Mr Le Maire later told reporters in Washington: “We are all facing the same difficulties.”

However, he added: “I want to emphasise that within the EU the fact that we have one single market helps us to face the difficulties in the labour market.

The Department for Transport (DfT) has announced plans to lift the limit on the number of deliveries foreign lorry drivers can make in the UK for up to six months.

Currently, hauliers from the EU can only make up to two trips to drop off or pick up goods between locations in the UK within one week.

Under the DfT proposal, there would be no restriction on the number of those journeys foreign lorry drivers can make over a two-week period before they return to their country of origin.

Mr Shapps told Times Radio: “Christmas will go ahead. We’ll be able to see our friends and families. There will be food, there will be gifts.”