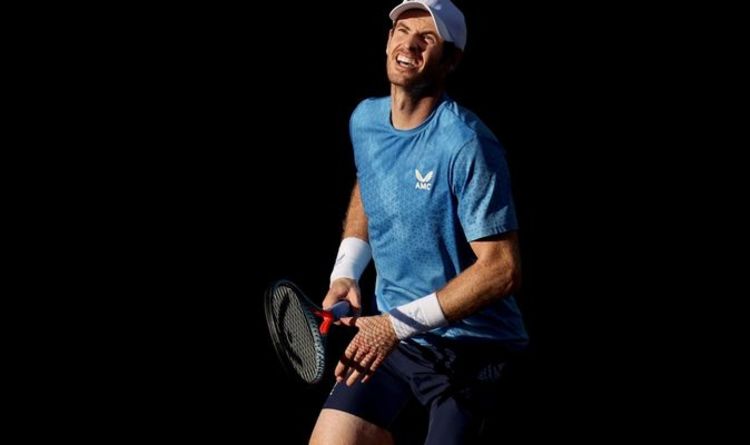 Andy Murray admitted “something needs to change” after losing to Alex Zverev at the BNP Paribas Open. The Scot matched the world No.4 for long periods of an entertaining close third-round tie and led by a break in both sets. And the 34-year-old with a metal hip reported it was “physically the best I’ve felt for a while”.

But the German Olympic champion showed his class to win 6-4 7-6 to send Murray plummeting down the rankings outside the world’s top 170.

The Scot has not won three consecutive matches at an ATP Tour event since his last title at the 2019 European Open. Murray will lose those Antwerp points in the next rankings and now faces a struggle to qualify automatically for January’s Australian Open.

The three-time Grand Slam champion arrived in his post-match press conference minutes after a frustrating defeat where he twice threw his racquet to the court in anger.

And Murray said: “I’m not saying he played great either, but I don’t think I played well today. There were a lot of mistakes.

“There was some good stuff in there, but it was mixed in with bad. There was no consistency I don’t think. My average level was just not really there today. It was either good or bad. Yeah, I wouldn’t put that down as playing really well.

“The positive for me to take from it is I obviously had opportunities again. Yeah, I mean, I guess that’s positive. I didn’t feel like I played a great match and still had chances, so that’s positive.

“But, yeah, I’m disappointed because, I mean, I obviously want to be winning these matches. I haven’t in the last few months. Yeah, something needs to change.”

Murray improved his W-L record to 11-10 in his injury-hit season and has progressed physically since the grass-court season.

“It’s pretty hard playing top-level professional sport with a metal hip,” he added. “There’s obviously lots of compensation happening around that area, like the pelvis and the lumbar spine. I would imagine my body is taking some time to get used to that.

“On top of that I’m not young either. I’ve played a lot of years on the tour, as well, so there’s some wear and tear in other parts of my body, too.

“I felt good physically again at the end of 2019. Obviously I don’t know exactly what happened there, but this is physically the best I’ve felt for a while.

“I’m battling my game a little bit. Yeah, the consistency isn’t there. The decision making is not great in the important moments still.

“There are moments that I was always – I think for the most part – very strong in, and I haven’t been this year. So disappointed with that.”

Cam Norrie, who faces American Tommy Paul in the fourth round on Wednesday, is the only Brit left in the tournament.

Zverev, meanwhile, has now defeated all four members of the ‘big four’ and will be considered one of the favourites to go on and win at Indian Wells.